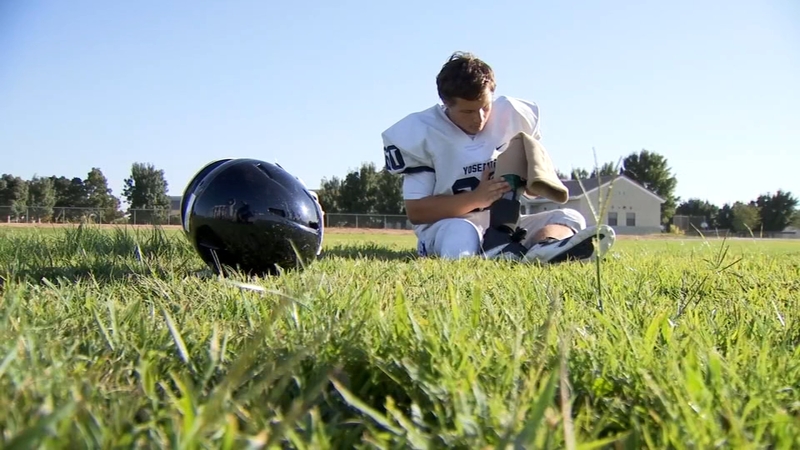 That inspiration goes by the name Pj Kuzmitski. The junior at Yosemite High School suffered a tragic accident at football practice two years ago resulting in the amputation of his lower right leg.

Now using a prosthetic leg, he's able to return to the football field. This year, he's playing with the junior varsity team.

"It's been going good, I'm really excited to be back, something I've been missing for a couple of years so happy to be back on the field," Kuzmitski said. "It's really nice to do something, I've been sitting and waiting for something to do for two years, it's really nice to come out here and put some pads on and go hit someone you know."

"He started out in the weight room with a tremendous effort, getting ready for this and it all came to fruition that first game," Wean said.

In Yosemite's first game of the season, PJ scored a touchdown proving to everyone that nothing is going to stand in his way.

"We were deep in our own red zone about five yards. It wasn't just one single glorious effort it was a sustained march. It took him a couple shots but he got it over," Wean said.

While it's his first year back on the football field, last spring he competed in wrestling. He enjoys seeing his hard pay off in each sport as well as not having an offseason. He's also looking forward to what he can accomplish on the mat this year.

A story of grit and perseverance coming for a local athlete who's just focused on helping his team.

"Scoring the touchdown was nice but all I'm really looking for is to get back on the field, that's really all I'm looking for," he said.