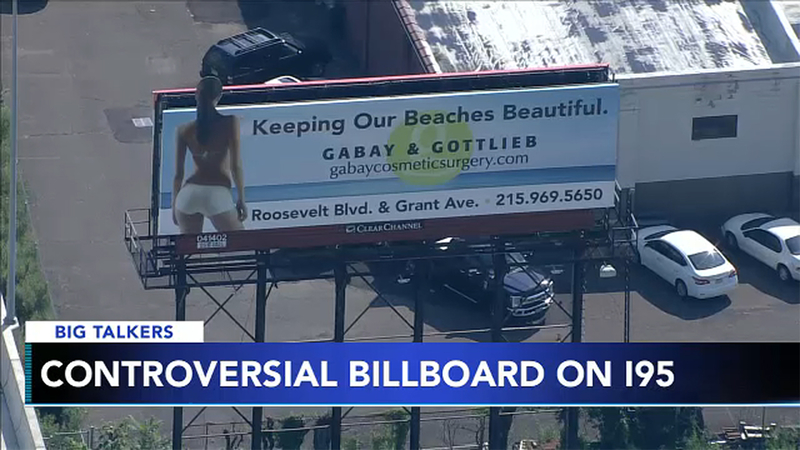 Controversial billboard shows up on I-95 North

A controversial billboard has shown up on I-95 North.

The question -- is it tongue in cheek or out of line?

A number of Action News viewers reached out about the billboard for Gabay and Gottlieb Cosmetic, a plastic and reconstruction surgery center on Roosevelt Boulevard.

It features a fit woman in a swimsuit and reads, "Keeping Our Beaches Beautiful."

Some people wrote, "Body shaming is disgusting. Keep our city beautiful, take down your billboard."

Others say they're not against plastic surgery, but what kind of message does it send to young women who think they need to fix their bodies to be perceived as beautiful.

Action News reached out to the office and chatted with Dr. Neil Gottlieb who says the billboard was never meant to be negative, and they would never shame anyone.

He says they cater to clients of every age, weight and size and if people are offended, it's clearly not effective advertising.

The billboard has been up a few times over the past three years, and this is the first time they've received this kind of feedback.