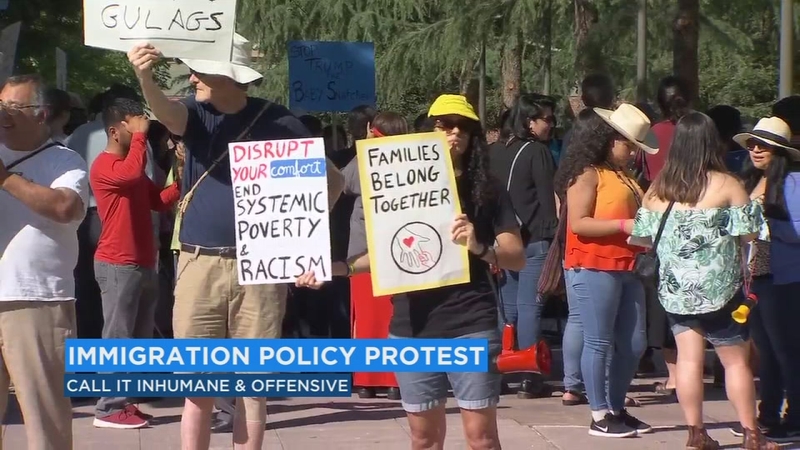 Many of the demonstrators directly called out Ivanka for her silence on immigration issues.

Several of the protestors were parents who brought out their children. They tell Action News they are appalled with the way her father, the president, has been treating migrant children.

The zero-tolerance immigration policy being enforced by the White House and Justice Department has been drawing a lot of criticism.

That policy forces Border Patrol agents to file charges against everyone crossing the border illegally.

People charged with a crime are not allowed to bring their children with them while they are locked up.

That has forced thousands of children to be separated and placed in shelters, away from their undocumented parents as they face criminal charges.

Protestors are calling the separation inhumane and offensive.