IRS workers across the country, in Fresno to rally over government shutdown on Thursday

KFSN
FRESNO, Calif. (KFSN) -- Talk in Washington that tax returns would be processed haven't reached the Fresno processing center, where returns and refunds for a dozen western states are handled.

"No, not as far as we are concerned. They (the center) are shut down, the only thing they've been doing in our submission processing site is opening mail and processing checks people have been sending in for their payments. Other than that there's nothing going on," said Jason Sisk with National Treasury Employees Union (NTEU).

RELATED: 2018 income tax refunds will go out on time despite government shutdown

Sisk is the union representative for more than 5,200 union workers in various IRS offices in Fresno. They have received confusing news. Some have been called into work, then told to go home. This week they are missing their first paycheck of the shutdown.

Most employees make between $15 to $20 an hour, missing a paycheck could be a major setback.

"They are in distress because payments are coming due their rent their house payment," Sisk said.

"Come in, file like you normally would, the quicker you file you can protect your identity so nobody else files before you. You are kind of like getting in line, you know when you are going to the grocery store and standing in line. You complete your return, and as soon as the IRS opens, your return will go right through," said Jennifer Hernandez of H&R Block.

Sisk says the usual rush of hiring temporary IRS workers has stopped because employees that do the hiring have been furloughed. He says he doesn't see how anything will get done on time.

IRS workers are planning rallies across the country on Thursday, in Washington D.C. as well as in Fresno at the IRS processing center on Butler Street.

Sisk says despite the President's claim to have the support of furloughed and unpaid workers, he doesn't see it, "That's not true at all. They are the ones not getting paid whether they are able to work or not able to work."
Report a correction or typo
Related topics:
politicsfresnotaxessenategovernment shutdownpresident donald trumpcongress
Copyright © 2021 KFSN-TV. All Rights Reserved.
TAXES 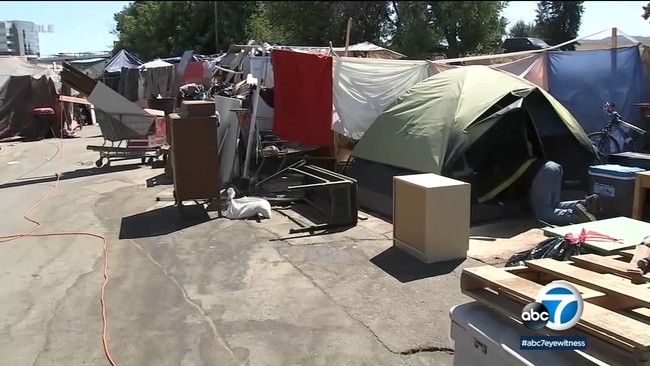