Les Kimber also helped organize the annual MLK march in Downtown Fresno. His face always a familiar one along the route.

Les Kimber set out to become a voice for West Fresno, a voice he said the community never had. In 1983 Kimber became the second African American elected to the Fresno City Council. He was re-elected in 1987.

Kimber felt one of the best ways to reach his community was to publish a newspaper -- The California Advocate. "You can't imagine what it was like starting a paper in Fresno, California in 1967. Depending on what our headline was would determine or not whether the printer would print the paper," said Kimber in a 2009 interview with Action News. 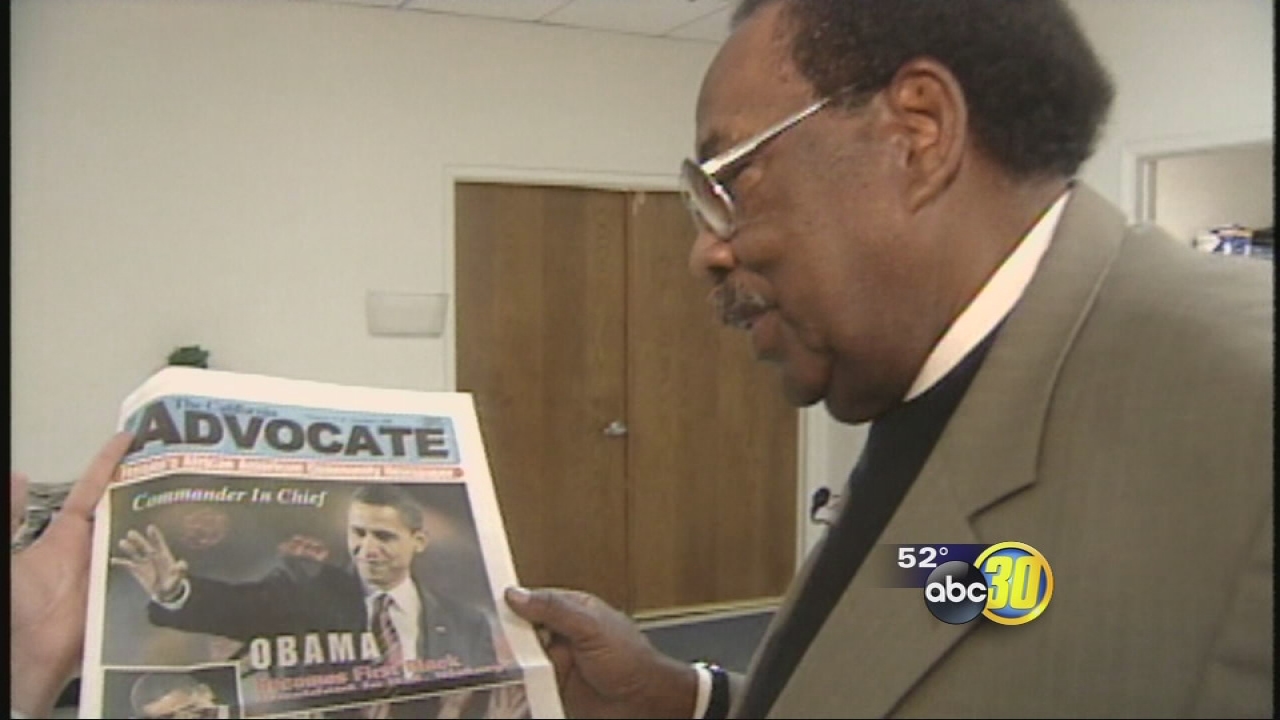 Les Kimber, former Fresno City Councilman and community leader, dies
Les Kimber felt one of the best ways to reach his community was to publish a newspaper -- The California Advocate.
The Advocate also sponsored the "Drum Major For Justice Awards" for those who carried on the legacy of Martin Luther King, Jr. The Fresno event honored people such as Harry Belafonte, Maya Angelou and Angela Bassett. "It recognizes the warmth and graciousness that's being offered to me. It makes me proud and yet humble," said Angela Bassett, Actress and 2003 Drum Major for Justice Award recipient.

Les Kimber also helped organize the annual Martin Luther King Jr. March in Downtown Fresno. His face was always a familiar one along the route. "One of the main lessons we have not yet learned is Dr. King's emphasis on how hate devastates this society and keeps us from being the America it ought to be," Kimber said in 2007.

Les Kimber's deep voice and message continues to resonate in the community.

This statement is being released by President of the City Council, Oliver L. Baines III this is evening:

I am truly sadden by the passing of former City Councilmember and founder of the California Advocate Newspaper, Lesly H Kimber.

Les was a dear friend, mentor and advisor. His wise counsel to me over the years was invaluable.

We have lost a true pioneer who lead many efforts to make our community a better place from the City of Fresno being the first to honor the Rev. Dr. Martin Luther King Jr. with a holiday and citywide commemoration, to founding the Valleys leading African American Newspaper- the California Adcovate with his wife Pauline to being one of the leaders of Rainbow Coalition supporting Jesse Jackson's campaign to be elected the first black President in the 80's, he was a person who always brought people together. A strong man of faith and a Deacon at St Rest Baptist Church, Les Kimber was a giant who has gone home to be with the Lord