AP
CHARLOTTESVILLE, Va. -- The man accused of plowing a car into a crowd protesting a white supremacist rally in Virginia had been photographed hours earlier carrying the emblem of one of the hate groups that organized the "Take America Back" campaign.

Vanguard America denied on Sunday any association with the suspect, even as a separate hate group that organized Saturday's rally pledged on social media to organize future events that would be "bigger than Charlottesville."

The mayor of Charlottesville and political leaders of all political stripes vowed to combat the hate groups and urged President Donald Trump to forcefully denounce the organizations that had promoted the protest against the removal of a Confederate statue. Some of those groups specifically cited Trump's election after a campaign of racially charged rhetoric as validation of their beliefs.


Attorney General Jeff Sessions announced late Saturday that federal authorities would pursue a civil rights investigation into the circumstances surrounding the crash. The violence and deaths in Charlottesville "strike at the heart of American law and justice," Sessions wrote. "When such actions arise from racial bigotry and hatred, they betray our core values and cannot be tolerated."

Police charged James Alex Fields Jr. with second-degree murder and other counts after the silver Dodge Challenger they say he was driving barreled through a crowd of counter-protesters, killing a woman and wounding at least 19 others. Hours later, two State troopers were killed when the helicopter they were flying in as part of a large-scale police effort at the rally crashed into a wooded area outside the city.

In a photo taken by the New York Daily News, the 20-year-old Fields was shown standing with a half-dozen other men, all wearing the Vanguard America uniform of khakis and white polo shirts. The men held white shields with Vanguard America's black-and-white logo of two crossed axes. The Confederate statue of Robert E. Lee was in the background. 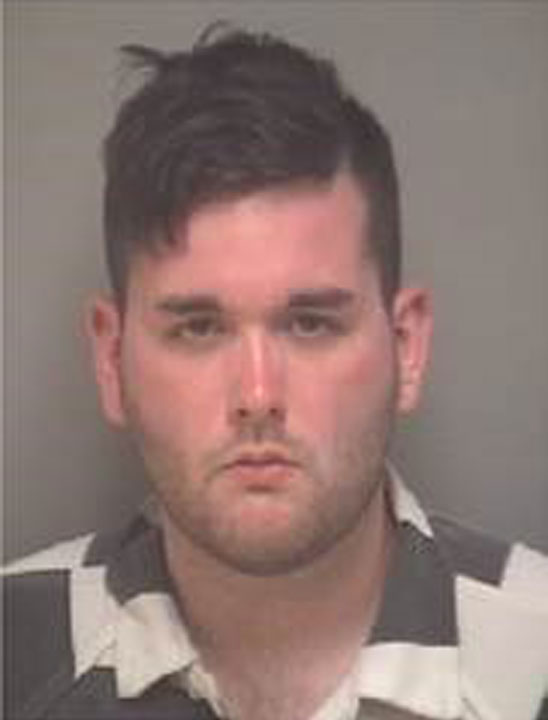 The Daily News said the photo was taken about 10:30 a.m. Saturday just hours before authorities say Fields crashed his car into the crowd at 1:42 p.m. The Anti-Defamation League says Vanguard America believes the U.S. is an exclusively white nation, and uses propaganda to recruit young white men online and on college campuses.

In a Twitter post, the group said it had handed out the shields "to anyone in attendance who wanted them," and denied Fields was a member. "All our members are safe an (sic) accounted for, with no arrests or charges."

In blog posts after the violence, the Daily Stormer, a leading white nationalist website that promoted the Charlottesville event, pledged to hold more events "soon."

The two sides quickly clashed, with hundreds of people throwing punches, hurling water bottles and unleashing chemical sprays. Some came prepared for a fight, with body armor and helmets. Videos that ricocheted around the world on social media showed people beating each other with sticks and shields. Amid the violence, the Dodge Challenger tore through the crowd.

The impact hurled people into the air and blew off their shoes. Heather Heyer, 32, was killed as she crossed the street.

"It was a wave of people flying at me," said Sam Becker, 24, speaking in the emergency room where he was being treated for leg and hand injuries.

Those left standing scattered, screaming and running for safety. Video caught the car reversing, hitting more people, its windshield splintered from the collision and its bumper dragging on the pavement. Medics carried the injured, bloodied and crying, away as a police tank rolled down the street.

Virginia Gov. Terry McAuliffe declared a state of emergency, police in riot gear ordered people out of the streets, and helicopters circled overhead, including the one that later crashed. Both troopers onboard, Lieutenant H. Jay Cullen, 48, and Berke M.M. Bates, one day shy of his 41st birthday, were killed.

Officials have not provided a crowd estimate but it appeared to number well over 1,000.

McAuliffe and Charlottesville Mayor Michael Signer, both Democrats, lumped the blame squarely on the rancor that has seeped into American politics and the white supremacists who came from out of town into their city, nestled in the foothills of the Blue Ridge Mountains, home to Monticello, Thomas Jefferson's plantation.

Fields' mother, Samantha Bloom, told The Associated Press late Saturday that she knew her son, who had recently moved to Ohio from his hometown in Kentucky, was attending a rally in Virginia but didn't know it was a white supremacist rally.

"I thought it had something to do with Trump. Trump's not a white supremacist," Bloom said.

Trump criticized the violence in a tweet Saturday, followed by a press conference and a call for "a swift restoration of law and order."

"We condemn in the strongest possible terms this egregious display of hatred, bigotry and violence on many sides," he said.

The "on many sides" ending of his statement drew the ire of his critics, who said he failed to specifically denounce white supremacy and equated those who came to protest racism with the white supremacists. The Rev. Jesse Jackson noted that Trump for years questioned President Barack Obama's citizenship and his legitimacy as the first black president, and has fanned the flames of white resentment.

"We are in a very dangerous place right now," Jackson said.

Speaking at a news conference on Saturday, McAuliffe said he spoke to Trump on the phone, and insisted that the president must work to combat hate.

On Sunday, he reiterated that the angry political rhetoric needs to stop.

Trump "needs to come out stronger" against the actions of white supremacists," McAuliffe told reporters at the First Baptist Church in Charlottesville. "They are Nazis and they are here to hurt American citizens, and he needs to call them out for what they are, no question,"

The violence prompted responses from around the country, including in West Virginia and Florida, where activists and others pledged to work to remove Confederate statues in their cities, staged protests against white supremacy, and planned candlelight vigils in support of Charlottesville and in honor of the victims.
Report a correction or typo
Related topics:
politicsvirginiadonald trumptraffic fatalitiesprotesthelicopter crashwhite supremacistsracismwoman killedu.s. & worldpresident donald trump
Copyright © 2021 by The Associated Press. All Rights Reserved.
RELATED 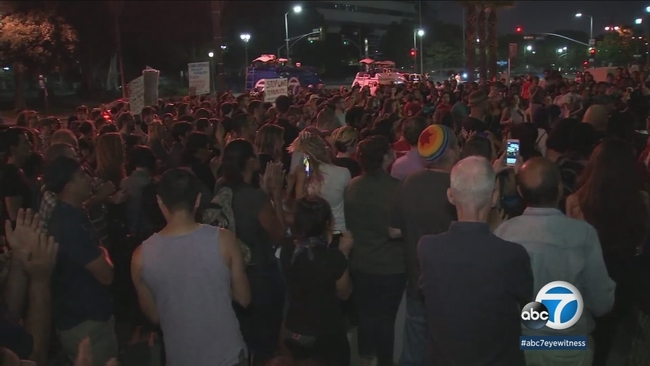 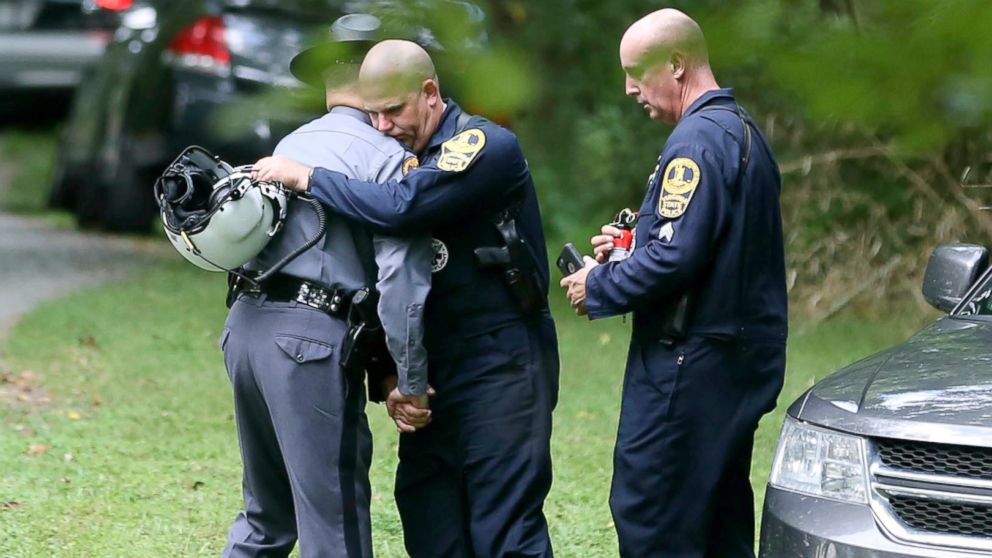 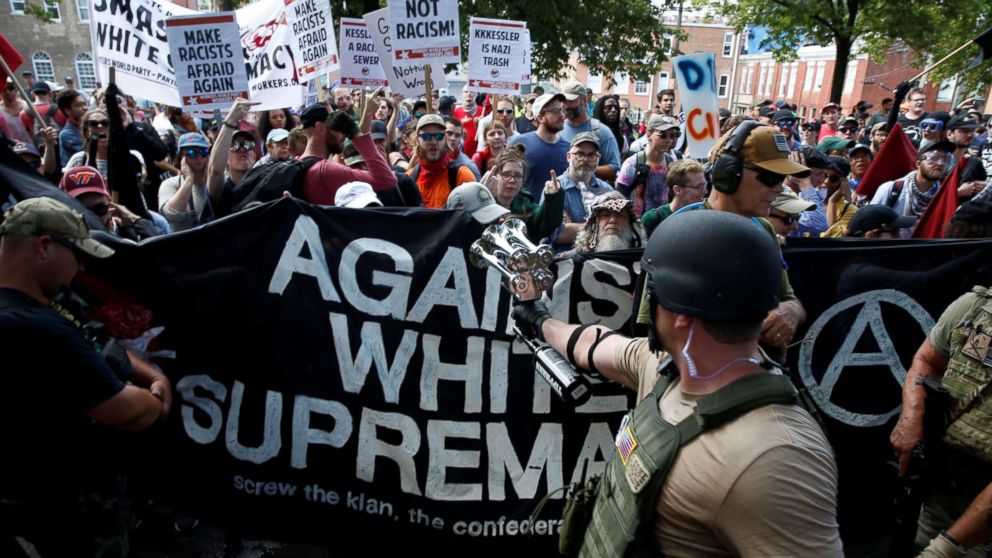 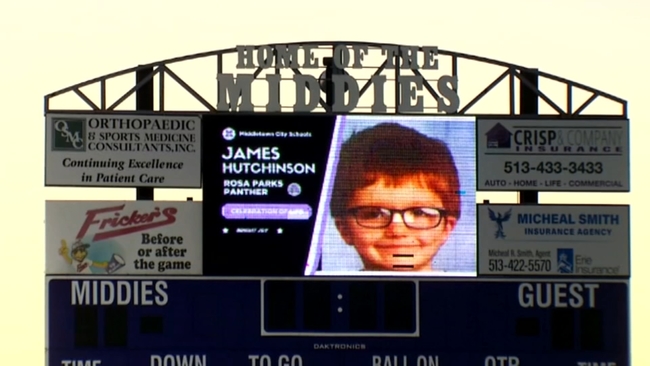