KFSN
By Nathalie Granda
Pete Buttigieg made a stop in the Central Valley on Friday, boarding his flight to Seattle from the Castle airport in Atwater.

The candidate didn't answer questions at the airport.

The South Bend mayor and Democratic presidential candidate was in San Francisco and Sacramento on Friday morning for a fundraiser and Town Hall where he discussed several topics, including immigration.

But his visit wasn't without controversy.

While in San Francisco, some protesters gathered, saying the openly gay candidate must do more to address the concerns of the LGBTQ community and people of color.

"Coming to SF, which has a huge history of the gay rights movement, we just feel really upset that he's not willing to talk with regular people who can't afford to buy a ticket to the fundraiser," said Emily Lee, a protester.

Buttigieg has surged after the Iowa and New Hampshire primaries, and he is nearly tied with Bernie Sanders after the first states. 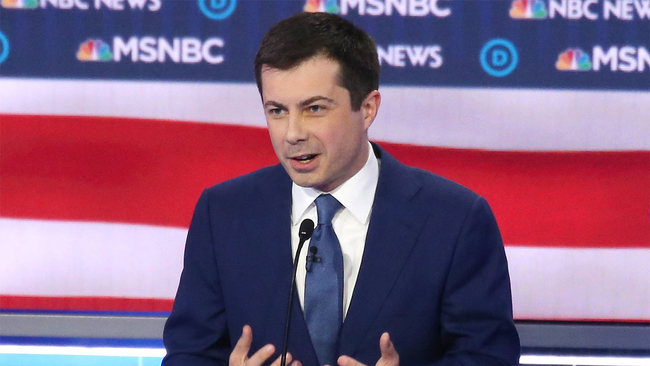 Buttigieg calls out Bloomberg, Sanders as 'most polarizing figures' in race