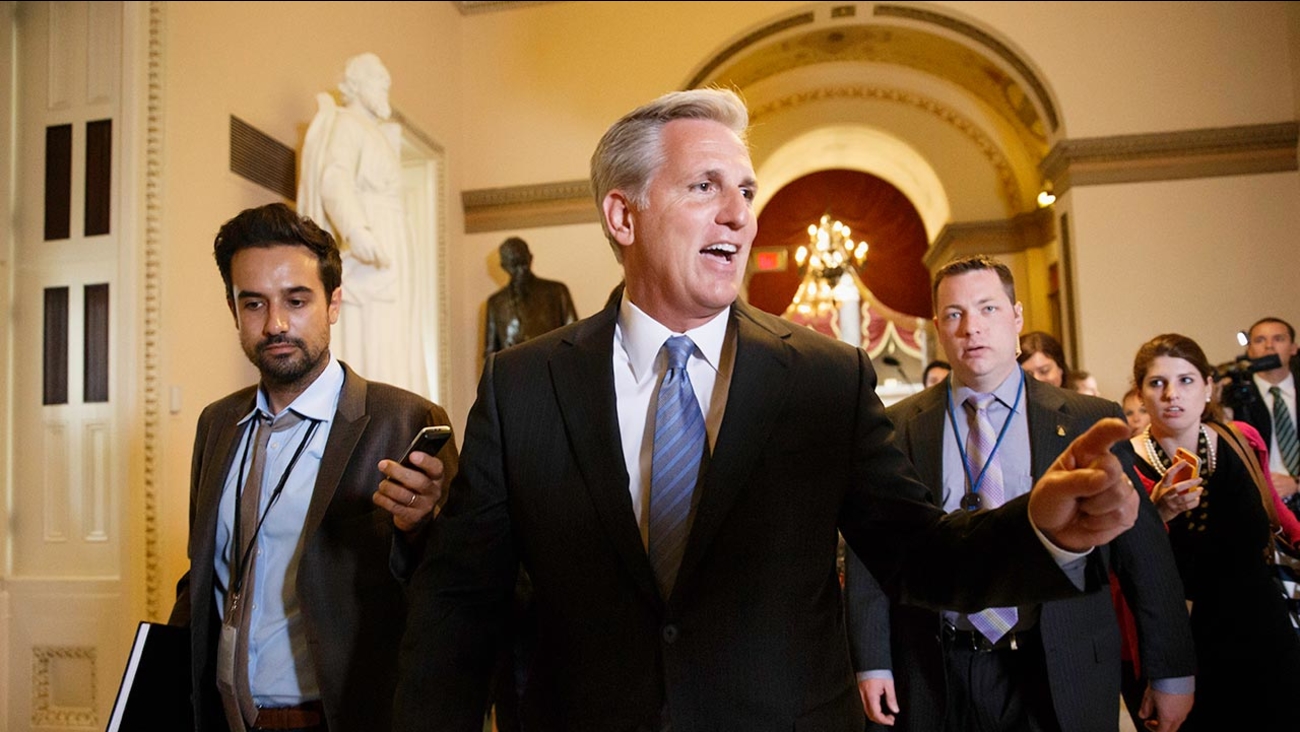 Here's a pretty safe bet: the next Speaker of the House of Representatives will be from California.

If Democrats regain control of the House in the November Midterm Election, Rep. Nancy Pelosi of San Francisco would likely win the Speakership.

Now that current Speaker Paul Ryan has announced he won't seek re-election, Bakersfield Republican Kevin McCarthy who is the House Majority Leader is seen as one of the frontrunners for the Speaker's job if the GOP keeps control of the House in November.

The other frontrunner is Majority Whip Steve Scalise of Louisiana. As you'll remember, he was shot by a gunman who attacked during a congressional baseball practice last June and Scalise survived a life-threatening injury.

First elected to Congress in 2006, 53-year-old McCarthy has been Majority Leader since 2014. He ran for Speaker in 2015 after Ohio's John Boehner left Congress, but McCarthy then dropped out of the race leading to Ryan's election.

RELATED: Why Kevin McCarthy Dropped Out of the Speaker's Race

Ryan's announcement is still fresh, but not totally unexpected and McCarthy is not talking about a campaign for Speaker yet. As ABC News reported, McCarthy told reporters on Wednesday (4/11), "There is no leadership election and Paul is Speaker right now".

ABC also reported that Scalise has said publicly that he would not challenge McCarthy for the position, but he may be ready to jump into the race if McCarthy is not in it.

One thing that would win McCarthy support among some Republicans is what appears to be a tight relationship with President Trump. ABC News says McCarthy's office has been working recently with the White House on a package of spending cuts.

He believes McCarthy would make an excellent House Speaker, a job that's only two steps away from the Presidency, and the Central Valley would also reap benefits.

Radanovich says "I think the election of Kevin as Speaker would be great for the Valley. He will need to weigh the interests of the Republican Caucus with those of his Congressional District and the Valley, but he will be the top negotiator for the House on all issues with the Senate and the President. Kevin is well-liked and he is an excellent coalition builder."
Report a correction or typo
Related topics:
politicspolitical insiderhouse of representativespoliticspaul ryannancy pelosipolitical insider
Copyright © 2021 KFSN-TV. All Rights Reserved.
POLITICAL INSIDER