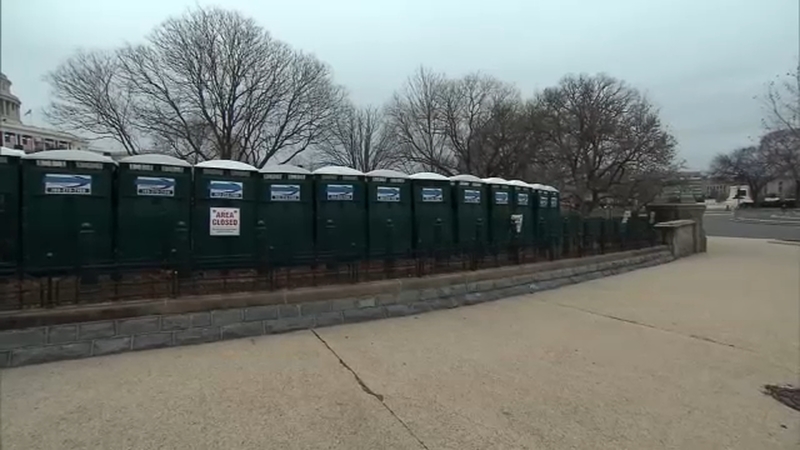 After more than a year of staying at home, avoiding crowds and other Covid-19 precautions, many Americans are looking forward to a summer of festivals, concerts, road races and other large events.

That has porta potty suppliers and manufacturers scrambling to make sure that they have enough toilets to go around, CNN reported.

Troiano Waste Services, a family-owned liquid and solid waste company based in Portland, Maine, ordered 100 new portable toilets in March to add to its fleet of between 1,500 and 2,000 porta potties. The company's hoping they'll be ready to ship next week.

CEO T.J. Troiano told CNN that an order like that would normally only take three or four weeks.

"It was definitely a longer lead time than we've ever seen before," Troiano told CNN.

Portable toilet makers are facing a double whammy of high demand and supply chain issues that are making it difficult, and more expensive, to get the raw materials they need.

Throw in a high demand for workers and truck drivers and you've got a recipe for a challenging environment, according to John Babcock, president of Satellite Industries, which is a leading producer of portable toilets, restroom trailers and other related supplies.

"The construction boom has really been huge. Building like we've never seen before. It's just been huge," Forever Clean Manager Scott Tart said.

Portable toilet makers are facing a double whammy of high demand and supply chain issues that are making it difficult, and more expensive, to get the raw materials they need.

"Even though we're dramatically increasing our capacities, it's still not keeping up to the demand," Babcock told CNN.

The pandemic cratered the events market for portable toilets as states banned large gatherings in an effort to slow the spread of the virus, but Babcock said it also created new demand at companies that had never needed porta potties before.

"On my drive home, I probably pass seven or eight manufacturers that have one of our products outside their shipping dock door and it's primarily because they don't want drivers entering their building for deliveries," Babcock said.

Troiano said he's gotten orders for porta potties for gas stations, warehouses and truck terminals, so companies could maintain the bubbles around the facility for their employees. He said he even supplied porta potties for Covid testing sites.

The new business didn't make up for what was lost to the pandemic, but the company was able to get through without laying off any workers.

He said things are picking back up with the rapid development and distribution of Covid-19 vaccines and the lifting of restrictions.

"The concert venues are starting to open up, and the road races seem like they're starting and the festivals are talking about coming back in late summer," Troiano said.

Babcock said his company retooled some of their production lines last year to make sinks and hand washing stations, which has created a whole new product line for the company. They are expanding some of their plants to increase porta potty production.

"We were all caught by surprise on how fast the economic recovery hit, and then how rapid the rise in demand for our products were," Babcock said.

Karleen Kos, the executive director of Portable Sanitation Association International, says that the emphasis on hand washing and clean surfaces during the pandemic led many customers to order more porta potties at their job sites and make sure they were cleaned frequently.

"Before Covid, restrooms were always sort of the last thought and people didn't want to get enough of them, and they didn't want to pay for enough service, and so quite often people would think of portable restrooms as being very unpleasant," she said.

She said the bathrooms in big box retail stores get cleaned multiple times each day, but portable units have traditionally not gotten the same attention.

"As the country is reopening people are again wanting portable restrooms, but they want more of them than they used to want because they seem to now understand the importance of having enough and of having them you know, kept at a level of, of cleanliness that makes them sanitary and safe to use," she said.

Normally, customers could just ask their suppliers for a few more toilets, but right now, those orders can take months, Kos said.

She said the shortage of truck drivers means that orders that would normally ship the next day could take weeks to go out.

Babcock said that they are seeing an unprecedented increase in the cost of plastic resin used to make portable toilets.

It's a petroleum product and Kos said disruptions like the February winter storm that killed 111 people in Texas have led to limited supplies. Competition from overseas buyers also has increased demand.

Babcock said that because of his company's size, customers can still get what they need faster if they are flexible about what colors and models of porta potties they will buy.

Troiano said that the festivals and big events his company works with typically place their orders at least a year in advance, so they'll be ready when the crowds come.