Power back on for all customers in Madera County 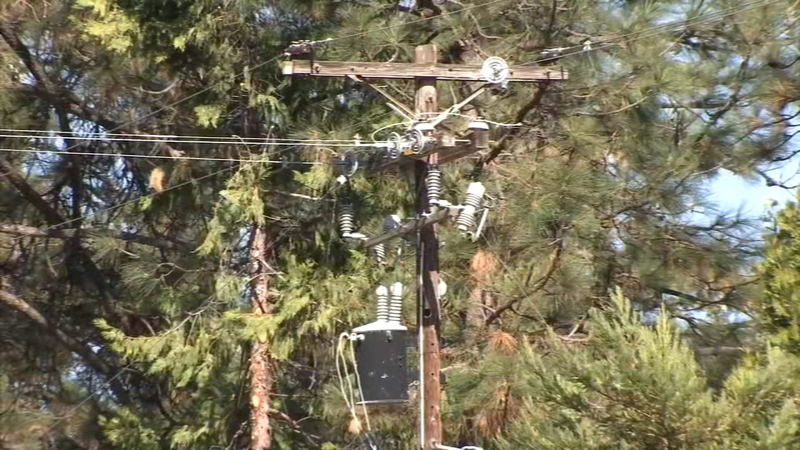 PG&E has restored power to all customers in Madera County, authorities announced on Wednesday evening.

Power was also back on for nearly every customer in Mariposa County as of Wednesday afternoon.

The two counties' residents were some of the millions affected by the planned power outages aimed at preventing electrical equipment from sparking wildfires in high winds.

Local leaders are now assessing the impact of the outages and are adding up the cost of supplies, staff time, and other expenses.

They will get some money from the California Office of Emergency Services, and they're putting in requests to be reimbursed by PG&E, but they don't know if that will happen.
The utility company had earlier announced it will give a one-time credit of $100 to residential customers and $250 to business customers who were affected by the October 9 outages.

It has also canceled some power shutoffs that were planned on Wednesday because of calmer winds in our area.

Four of the superintendents who had school closures this week said school is back in session, but several students were still absent Wednesday because their homes remained without power while crews worked to repair broken poles that serve a handful of neighborhoods in the higher elevations.

"There were PG&E crews and contractors crawling all over the mountains..."

We spoke with four of the superintendents whose districts were impacted by the public safety shutoffs as they attended a meeting at the Madera County Office of Education.

"A day of learning is really important. Each day counts, so losing a day is really tough," said Yosemite Unified Superintendent Glen Billington.

Some of the biggest challenges their schools faced during the outage were communicating with families whose cell phone batteries had died and trying to save their perishable food.

Some districts rented freezers, while others moved items to sites that still had electricity.

"We went in and inventoried all of our food supply, got it into coolers, transferred it, and of course, got messages out to the community and our families as best we could to let them know what was going on and what to expect," said Raymond-Knowles Superintendent Michelle Townsend.

The districts will all file waivers with the state to avoid losing money for the days their campuses were closed.

If they're forced to cancel classes again, then the school year may have to be extended.

"The state has a mandate of 175 days of school instruction. Currently, our students attend 180, so if we drop below that amount, then we need to look at how we're going to make up those days," said Chawanakee Unified Superintendent Darren Sylvia.

The educators hope they won't hit that point, but they are preparing for the possibility.