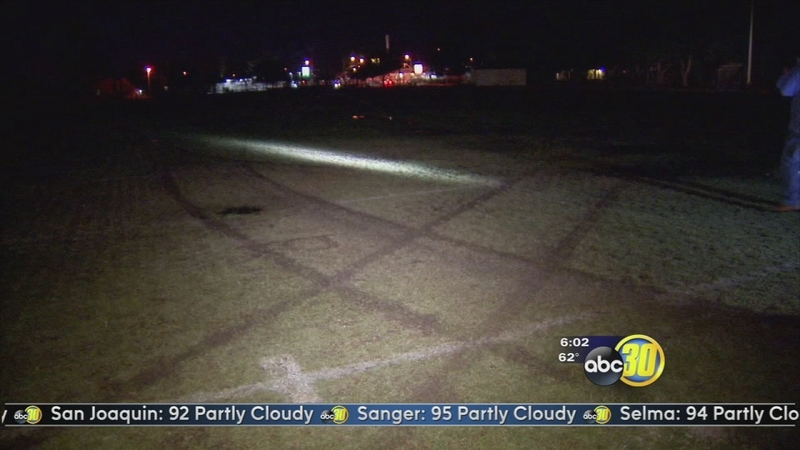 FRESNO, Calif. -- The Fresno High Football field was damaged overnight by teens doing donuts as part of a senior prank.

Police got reports of a car driving on campus around 1 a.m. Thursday morning. The police helicopter spotted the car and officers followed it until it finally stopped at Olive and Blackstone. Four teens under 18 were inside along with a 19-year old.

Police say the group was trying to pull some pranks and then post videos to social media.

It's unclear how much damage was caused to the football field, but it could be thousands of dollars.