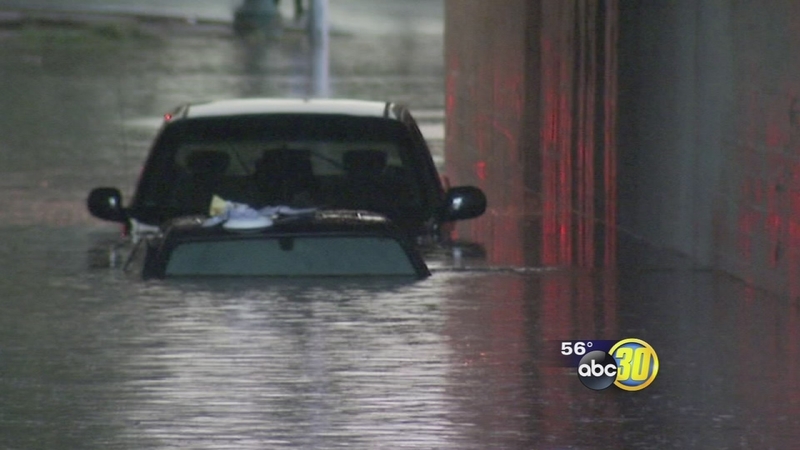 Several streets were still flooded after nightfall Thursday -- hours after the strong storm moved into the Central Valley. The torrential rains trapped three cars under the railroad overpass at Wishon near Shields in Central Fresno. A mom and son escaped from one of the cars that was nearly submerged in the runoff.

"And once we opened the car door the water just flooded inside the car. So as a parent the horrific part was seeing the fear on my child's face trying to save us and get us out of the water," said Tasha Jones, Fresno.

Getting out of the car was not easy. Jones says the water killed the engine and the power door locks. She and her son were waste deep when they finally got out.

The pair rushed over to a ladder on the side of the underpass to climb out of the flood water.

"Right now, I'm very grateful this is nothing less than a miracle.

Another woman trapped in that same spot, sitting on the roof of her car.
She made it out okay. 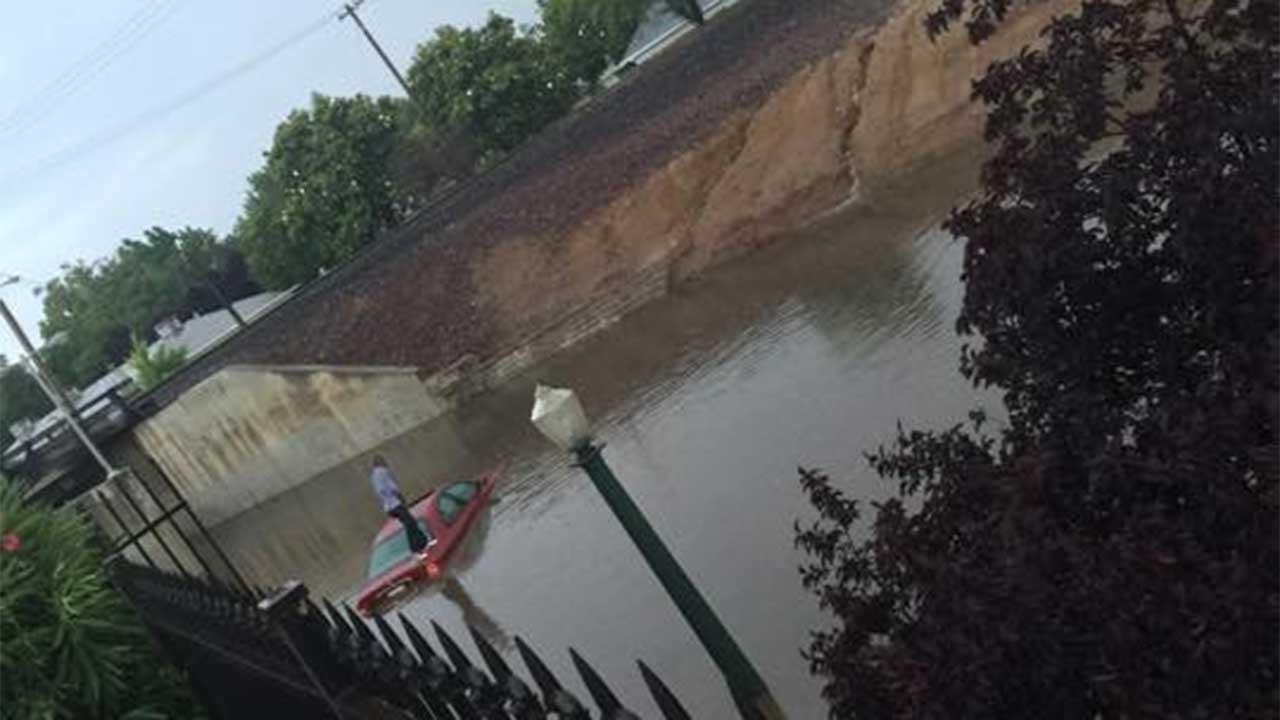 The storm pushed through Fresno nearly stranding other cars and flooding major streets.

The rain postponed an important Mountain West showdown at Beiden Field. Fresno State and New Mexico will play a doubleheader starting at 2:05 Friday afternoon. The winner of this series clinches the 3-seed in the conference tournament.

But after everything was taken care of, including the tarp on the field. Fresno State players and staff decided to turn back the clock and use the tarp as a slip n slide.

Some businesses in North Fresno will be cleaning up on Friday. Water started pooling up in several areas of Blackstone when the thunderstorms rolled through Thursday night. One trucker was using a flooded parking lot to do some burnouts. Not far away, the rain flooded a City of Fresno office after water started pouring from the ceiling.

"There was a pipe that broke up on the top of the roof, a drain, 4 inch pipe that came off and the water just came straight to the floor, the offices, and everywhere," said Raul Valencia, Handy Ride Employee.

The office is expected to be back open Friday morning.