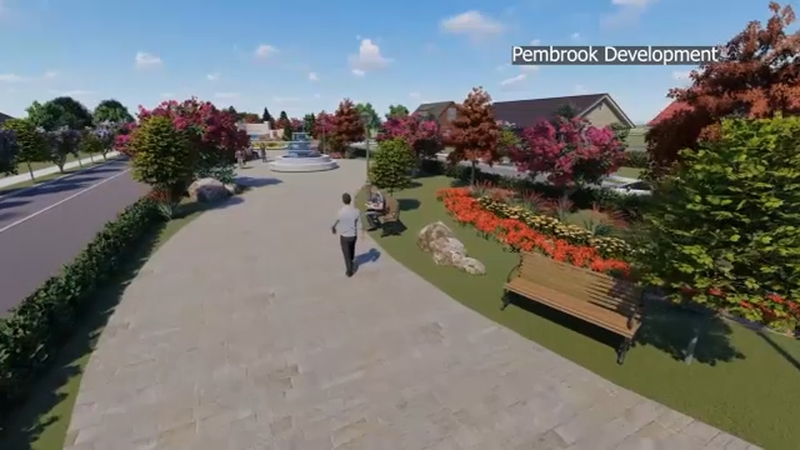 But in another year or so, if you keep going down Robertson Boulevard, you'll make your way into a brand new neighborhood.

Rancho Calera will be located along Highway 99, north of Robertson Boulevard and south of Ash Slough.

"We've seen a lot of growth, a lot of new people and it's good to see new families who want to join the small town and live in a good community where everybody knows everybody still," says Mayor John Chavez.

This town of 18,000 people hasn't seen anything quite like this.

There are five miles of trails and promenades. You can even walk over to neighborhood stores.

Over these 561 acres,140 single-family homes will be built first.

"In a master-planned community of this size, you need to accommodate the needs of all future residents and that's all the way from apartments and sites up to townhouses," says Pembrook Development Glenn Pace.

Pace manages Pembrook Development, which developed Greenhills Estates within Pheasant Run Golf Course, across the way from where the new homes will be built.

Mayor Chavez says it's important Chowchilla grows but at its own pace.

But with easy access to Highway 152, Chavez knows the new development will draw out of the area as well as local residents.

"You're going to get some of the Bay Area people who either work remotely or don't mind the commute and you're going to see other people moving from other towns," he said.

Pembrook donated the land where Reagan Elementary was built.

Now, it is ready to build an entire neighborhood around the school.

"In a project of this magnitude, we have over 2,000 residential lots," he said. "We expect we're going to be working with multiple builders."

Pace hopes to see the site prepared for home-building later this year.

Mayor Chavez figures Rancho Calera homes will be ready at about the same time a new AutoZone distribution center will be built in Chowchillla - in two years.