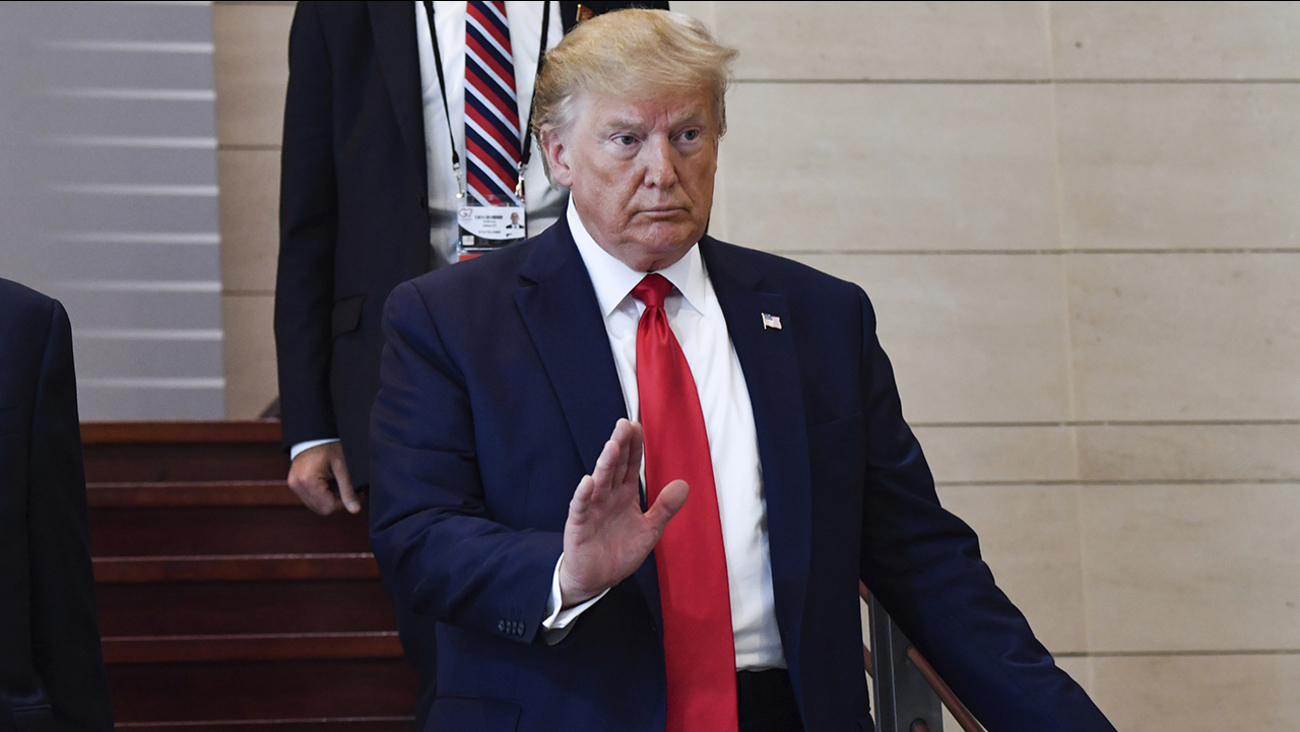 WASHINGTON -- President Trump campaigned in North Carolina Monday night, just a few days before ten Democrats who want to take his job meet on one stage in the next Democratic debate.

He kicked off his campaign rally by urging voters to support Republican Dan Bishop in Tuesday's special election.

The weight of this special election stretches beyond North Carolina's 9th Congressional District.

A new ABC News/Washington Post poll shows six in 10 Americans say a recession is likely in the next year, as many are concerned about paying higher prices because of the trade war with China.

Since ABC News latest poll in July, Donald Trump has lost six points in his job approval rating, from a career-high of 44% to 38% now.