The last time Bulldog Stadium hosted a sold-out crowd was in 2014 in the game against Nebraska.
KFSN
By Nic Garcia 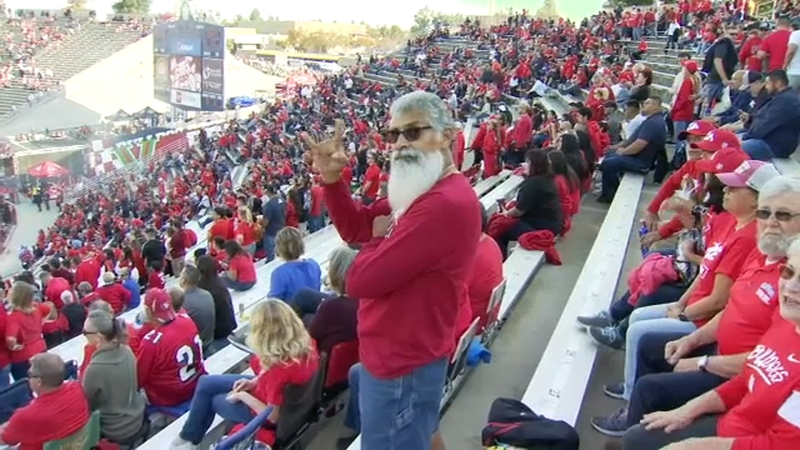 FRESNO, Calif. (KFSN) -- For the first time in seven years, about 40,000 people walked through the gates of the Bulldog Stadium on Saturday to see a sold-out Fresno State game.

Despite the disappointing outcome, Bulldogs fans had a lot of fun.

Some people arrived as early as 10 am for the tailgating in a red wave of Bulldog gear - cooking up food and getting pumped for the game.

Action News caught up with some excited fans.

"The enthusiasm that we have going on here is unparalleled, it's something I haven't seen in quite a long time," said one fan, Vito.

The last time Bulldog Stadium hosted a sold-out crowd was in 2014 in the game against Nebraska.

Some fans who turned out on Saturday were at that game.

"It's a family tradition," said another fan, Kyle. "Pretty much as soon as the gates opened, we were out here."

For many of the excited fans there, it was about more than football.

It's about coming together as a community.

Each person Action News talked to in the sold-out crowd was happy to be with fellow fans.