Police say the shooting happened after 12 am early Monday morning while dozens of people were at a party.
KFSN
By Jessica Harrington 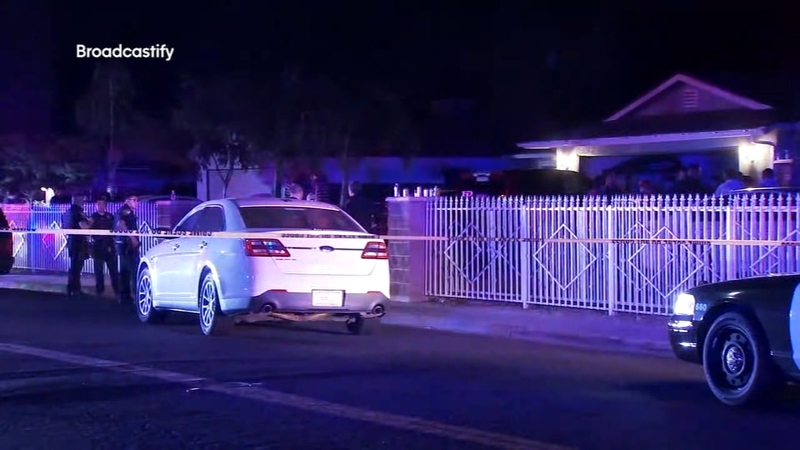 REEDLEY, Calif. (KFSN) -- The victim who was shot and killed early Monday morning in Reedley has been identified.

The Fresno County Coroner's Office said the victim is Josue Cardenas, 18, from Parlier.

According to Reedley Police Department, around midnight, officers responded to a home on E. Springfield Avenue near Justine Avenue for reports of shots fired.

When officers arrived, they found a 21-year-old man with a gunshot would to his leg in front of the home. He was taken to the hospital and is expected to recover.

In the backyard, officers found Cardenas with multiple gunshot wounds to the chest. The 18-year-old died at the scene.

The 18 year old who was shot and killed overnight in Reedley has been identified as Josue Cardenas of Parlier. @ABC30 https://t.co/9NLXu6e4cF

Police said there was a party at the home and at least 20 people were there at the time of the shooting.

"In any situation like that where you have a lot of people, people are in different places when the shooting starts and so they see different things, so it takes a little while to piece that together," said Reedley Police Department Commander Marc Ediger.

Investigators worked throughout the day Monday trying to determine what led up to the shooting and identify any possible suspects.

"At this point, we have nothing for motive. We don't believe that this was a gang-related party," said Ediger.

A woman who lives in the area did not want to be identified, but said she was woken up by the sound of gunfire.

"I thought it was cars racing, because cars do pass by really fast here sometimes, and nope, they were gunshots," the woman said.

She said she has lived in the neighborhood for 35 years and said it's a nice area.

She told Action News her heart goes out to the victim's family.

"Sorry for their loss and hopefully they take it a day at a time."

Reedley Police said they don't have any suspect information or a suspect vehicle description to release.

Reedley Police are asking anyone who saw the shooting to contact them.