Reedley teacher accused of rape after having sex with her 14-year-old student, deputies say 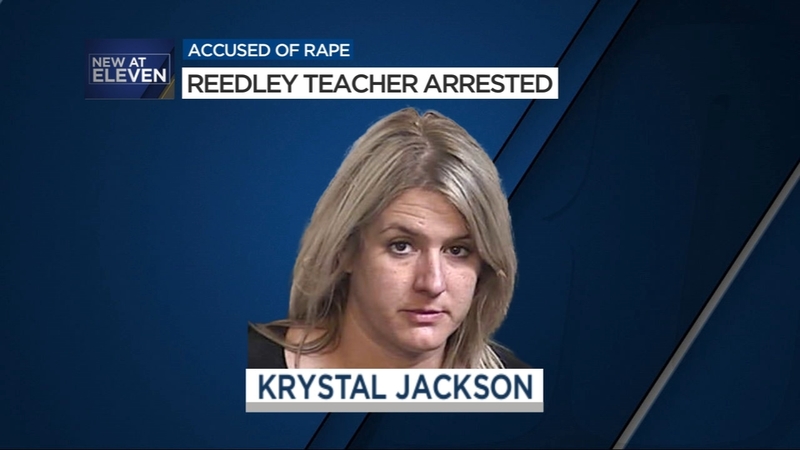 Reedley teacher accused of rape after having sex with her student

REEDLEY, Calif. (KFSN) -- A teacher has been arrested after deputies say she was found to be having sex with a 14-year-old boy.

When the detectives looked into Jackson, they discovered that the boy was part of Mountain View School and as part of the program, the students would meet with a teacher once a week.

Detectives say Jackson would meet with independent study students at Dunlap Leadership Academy and that is when the sexual acts took place.

Jackson was arrested and booked in the Fresno County Jail on four counts of rape, along with other child abuse charges.

Detectives believe that there may be other victims out there who have not reported Jackson's actions. If you are aware of such behavior, please contact Detective Jose Leon at (559) 600-8205 or Crime Stoppers at (559) 498-7867.