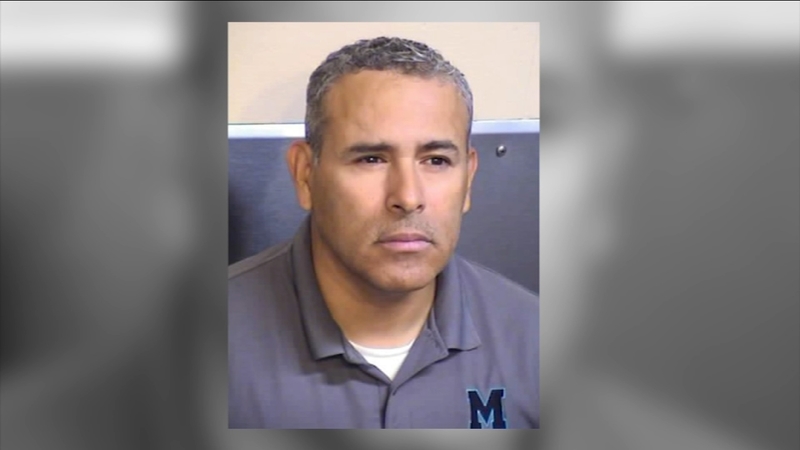 Police have arrested a longtime Mendota Unified educator on charges of molesting second graders. Officers say 49-year-old Richard Garcia inappropriately touched several kids as a teacher. He is now a principal in the district.

In his mugshot, Garcia is seen wearing his McCabe polo. His friends say he was passionate about children, steadily climbing up the ranks to his current position.

Detectives are now saying his intentions weren't so pure.

"It's surprising, you never expect a teacher to be that loved by the kids to be committed by that crime," said Adrian Guevara, a former Mendota Unified student.

Police arrested Garcia Wednesday after four students accused him of inappropriate touching. All the alleged crimes happened on campus, during school hours while he taught second grade at Washington Elementary. Guevara's sister was one of his students.

"Since the whole entire time I've known her, second grade changed her the most. There's always that grade or teacher who inspired you to do good in school...for my sister it was that teacher," said Guevara.

Mendota Police opened up the investigation four months ago when a young lady claimed she was molested in Garcia's class. She claimed the touching happened between the years of 2012 to 2014 and suggested there could be other victims.

"It is very important for parents to have a close relationship with their children," said Mendota Police Chief Gregg Andreotti. "So that if their child is a victim, unfortunately, that they would be comfortable enough to go to their parents."