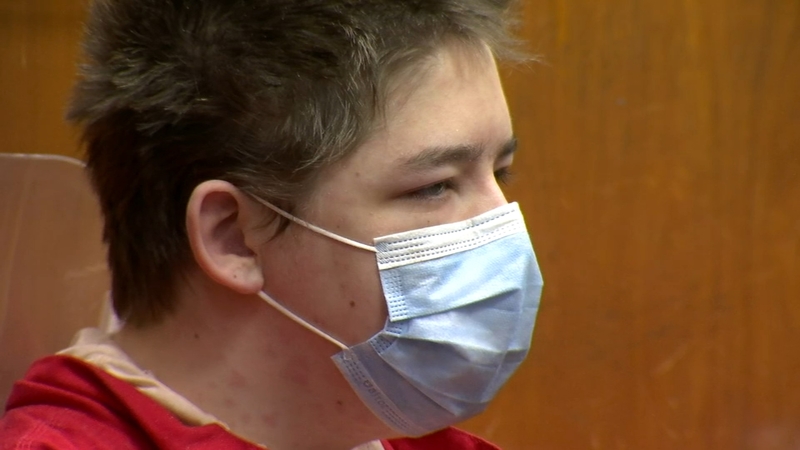 Man sentenced to life in prison for murdering dad, brother in Fresno

FRESNO, Calif. (KFSN) -- A 19-year-old Fresno man will spend the rest of his life in prison after he admitted to murdering his father and his younger brother last year.

The killer had a change of heart after trying to cover up his crime.

Robert Cotter killed his father and brother and did a lot of research to pin the crime on his little brother.

But once police saw through his story, he was quick to take his punishment.

Robert Cotter had a plan for killing his father and brother and getting away with it.

"He called 911 and he blamed his murders as a murder-suicide perpetrated by his 15-year-old brother with autism spectrum disorder," said prosecutor Daniel Walters.

But two months after police found Patrick and Brian Cotter shot to death last May at their west central Fresno mobile home, the investigation revealed a cold, calculated execution.

His Internet searches tried to figure out how to carry out a suicide and how deeply police would investigate one.

Then 18 years old, Cotter waited for his targets to go to sleep before shooting his father Patrick first, then 15-year-old Brian.

"His brother woke up, started to run away and he pulled his brother by the collar and shot him in the head," said Walters.

Cotter initially pleaded not guilty by reason of insanity, but admitted his crimes early in the process.

His attorney says there was some implication of mental illness.

"Mr. Cotter had a difficult upbringing," said Emily Takao. "I think it would be characterized as traumatic."

A traumatic life could lead to leniency from a judge, but Cotter's decision to kill his autistic brother wiped away any chance of that.

"I don't know what his issue was with his father that caused him to want to commit homicide, but to execute his brother?" said Judge James Kelley. "It was cold-blooded murder of a kid that had done nothing wrong."

Family members told Action News they mourn the people they've lost -- Patrick and Brian -- but they also still support the young man they know as 'Robbie'.