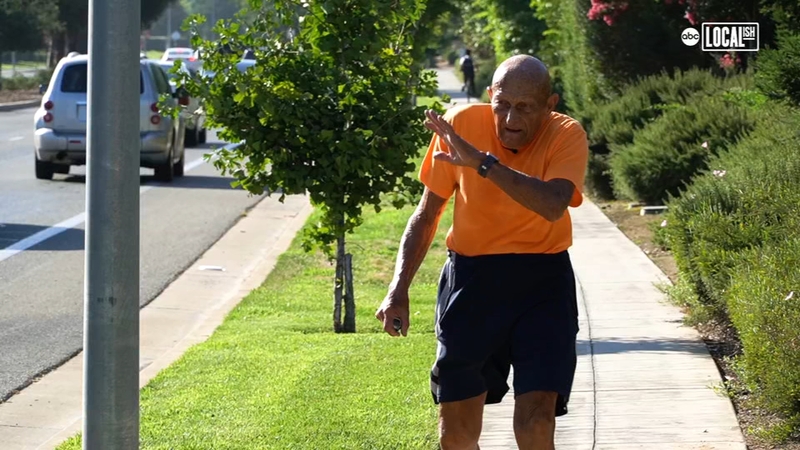 If you drive in the area of Figarden Loop between 7 am and 9 am, there's a good chance you've seen him.

"Lot of people set their clocks by when they see me," said Ron Beck. "So I hate to throw people off if I'm late, I hope they're not late for work."

The 78-year-old Beck has been running and speed-walking in the area of Figarden and Bullard for 40 years. He ran seven days a week for 30 years before a knee injury forced him into speed-walking for the last ten years (he still runs across crosswalks).

He used to own a home on the corner of Bullard and Figarden but moved to Madera County years ago. He still comes to run in the area five days a week, taking off from the Carl's Jr. near his former homestead at 7 am on the dot.

With that kind of punctuality, he tends to see the same people.

"Everybody says 'you're the running man.' Kids see me; they say they've seen me since they were a little kid and they're 19 or 20 now," he said. "They've got a routine just like me; they're usually going to work."

He estimates he waves to an average of 150 people every single day.

"When you see someone daily pretty soon your start waving, then after a while you feel like you know the people," he said.

Beck still works too, sweeping parking lots in the early morning hours. So if you see him running in the mornings, he's probably at the end of his day, which might explain the smile.

He recently finished chemotherapy after a battle with prostate cancer and says he plans to keep running and walking his route for at least ten more years.