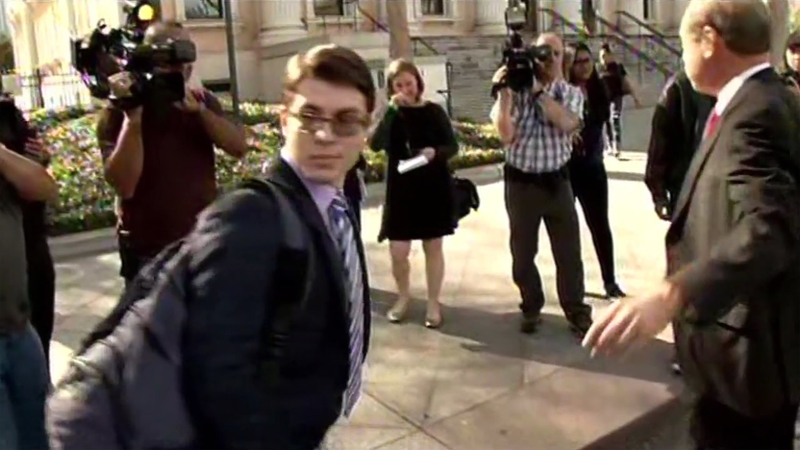 Logan Beaschler, of Bakersfield; Joseph "Brett" Bomgardner, of Clovis; and Colin Warren, of Woodacre, were found guilty of battery, but the jury of six women and six men deadlocked on the hate crime charges against Beaschler and Warren.

Bomgardner was not found guilty of a hate crime.

Jury deadlocked on 2 hate crime counts against #sjsu students; not guilty for 3rd defendant. All 3 found guilty of battery. #abc7now

Williams was rooming with the three students at the dorms at SJSU in the fall of 2013.

The three men, who are white and ormer SJSU freshmen, were accused of hazing Williams. Over a course of a month or so, prosecutors say the roommates clamped a bicycle lock around his neck, wrote the N-word on a whiteboard and draped the confederate flag on the wall of their common study area.

"You have to prove what was going on in someone's mind when they were committing certain acts. So, I think there are always difficulties with it. But we believe the evidence very strongly supported that these acts were motivated in whole and in part by bigotry," stated Jeff Rosen, the Santa Clara County District Attorney.

The district attorney must decide by next month whether to re-try Warren and Beaschler on hate crime charges. Their battery conviction carries a sentence of up to six months in jail.

"I'm rather hesitant because as you all know, there is a $5 million lawsuit pending against my client, the other and the university. So, for those reasons, I am not going to comment further," said Sam Polverino, Bomgardner's attorney.

A juror, known as juror #9, told ABC7 News that the panel could not reach a verdict on a hate crime due to circumstantial evidence.

They will be sentenced on March 14.

#C1369910 Bomgardner, Beaschler, Warren "SJSU Hate Crime" - jury has reached a verdict on 4 of 6 counts. Jury being brought in to discuss