'I've been there 22 years and this is definitely the lowest the morale has ever been.'
KFSN
By Jessica Harrington 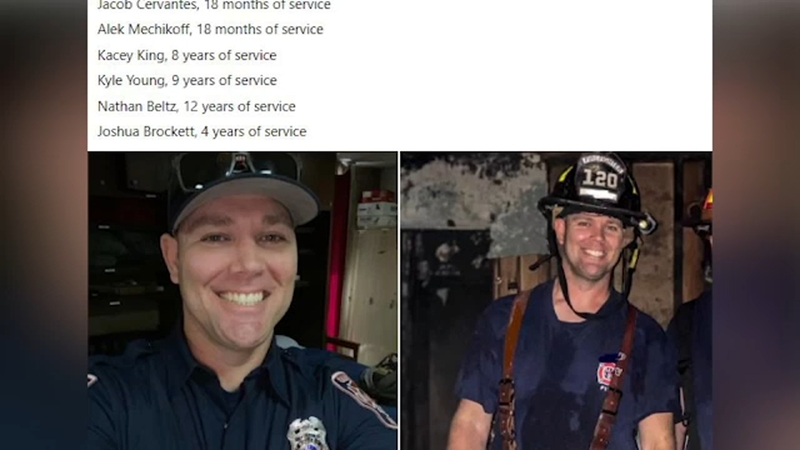 SANGER, Calif. (KFSN) -- The Sanger Firefighters Association is sharing its concerns after 10 months of failed contract negotiations with the city of Sanger.

The association says the community's safety is at stake as they're unable to retain firefighters and medical personnel.

The city says it is negotiating in good faith and expects to reach a contract agreement as it has with several other labor unions.

Posts on the Sanger Firefighters Association's Facebook Page mark the departures of firefighters. Two have been posted just this month.

"In the past three years, approximately 40% of our workforce has moved on to other departments or other careers or have actually retired out due to injury," said Sanger Firefighters Association President Craig Pitts.

The association says decreased staffing levels has forced the department to issue dozens of mandatory overtime shifts to keep up with the call volume.

"I've been there 22 years and this is definitely the lowest the morale has ever been," said Sanger Fire Association Treasurer Todd Wilson.

The union says there is a solution that has worked in the past.

It involves bringing in EMTs and paramedics to respond to medical aid calls which make up 90% of the departments calls.

A study completed in 2019 supported the idea and recommended hiring seven additional people to respond to medical-only calls.

The city agreed to try out the system and hired four of the recommended seven people.

"It's not just about having a third ambulance in the city, it's also about having firefighters available to respond to fire calls in the city," said Michael Pallas, a negotiating team member with the Sanger Fire Association.

But the city ran into problems when it was discovered the new hires were making less than minimum wage at their starting pay.

That led to a complaint with the U.S. Department of Labor.

After an investigation, back wages were paid. But those people have since left the department or moved to other positions.

"We feel like what we're asking for is to serve the community to the capacity they deserve, the taxes they pay and we're not getting help from our bosses to do that," said Wilson.

The city responded to Action News in a statement:

"The City has been negotiating in good faith to achieve agreement with the Fire Association, as it has done and was able to achieve with several other labor units. We will continue to do so through the impasse process. At this time, it is inappropriate to comment further."

The union and city are set to go to mediation next month.

A third party mediator will be appointed by the state and evaluate each topic to make a recommendation to the city council in the coming months.

However, that mediation is non-binding, meaning the council does not have to make changes based on those recommendations.