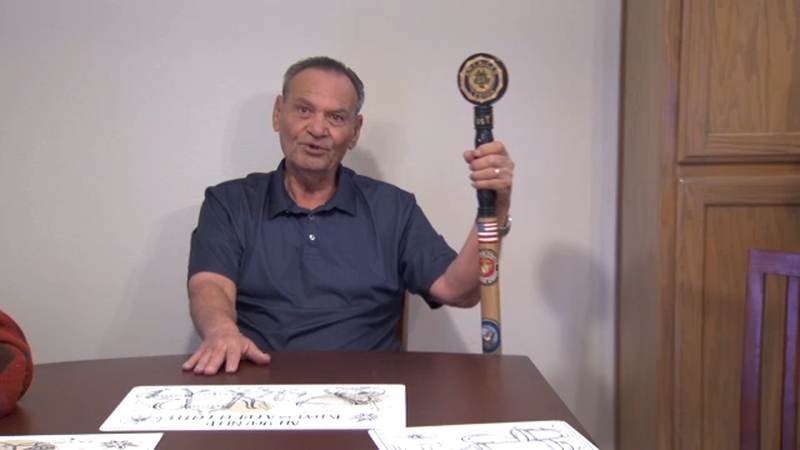 FRESNO, Calif. (KFSN) -- It's been an emotional six weeks for Reginald Herrera and his family after an early morning fire destroyed their Selma home.

The Air Force veteran and his wife, along with their son, all made it out safely but most of their belongings and cherished possessions were lost.

Two weeks ago, the family returned to their former home to try and find anything they could salvage.

"In the corner of our bedroom, don't ask me how or why but that walking stick was still standing there," Reginald said.

This patriotic handmade walking stick Herrera carved just prior to the fire was one of just a few items that were still standing.

The 73-year-old originally made it to be auctioned off to help cover expenses after military flags were stolen from in front of the Veterans Memorial Museum in Downtown Fresno.

"When I first started making this walking stick, it was because of my older brother," he said. "His Silver Star citation, his uniform and his picture are at the Fresno museum."

Every branch of the military, as well as POWs, are represented on the walking stick.

Hererra has made dozens of these canes over the years but calls this one in particular special because not only did it somehow survive a fire, but it also pays homage to his brothers and father who all served.

Selma American Legion Post 12 Commander Eliseo Zuniga says his organization plans to write a check to the museum for any money raised by the cane's raffle and return it back to Herrera.

The Herrera family is still waiting for the final fire investigation report.