Semicolon is a Black woman-owned bookstore in Chicago 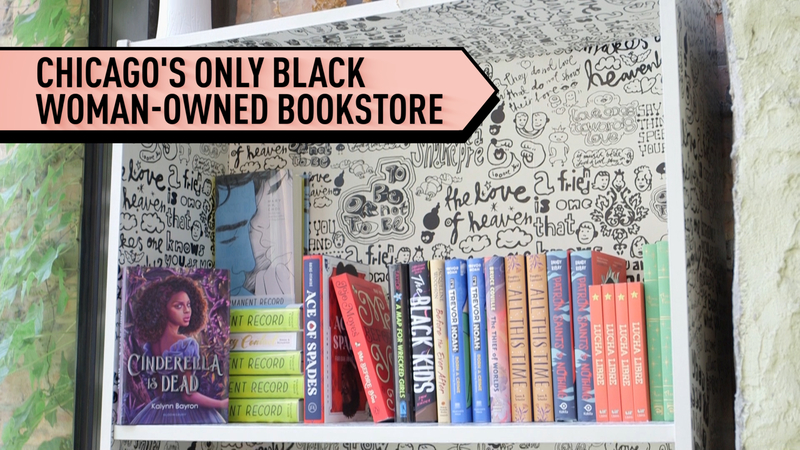 CHICAGO -- Chicago's Black woman-owned bookstore, Semicolon, is not only serving up good reads and good vibes, but also promoting literacy and learning in its community.

"Beyond the dopest bookstore in Chicago, we are a space that focuses on Black comfort," owner Danielle Mullen said. "I want to see little Black babies deciding that they want to own a bookstore of all things. You don't have to rap, sing, act, play basketball, you don't have to do that, you can do whatever you want. Black people are incredibly nuanced, and I try to prove that fact, every day."

During a bout with cancer in 2019, Mullen couldn't just sit at home doing chemo and radiation. So instead, she found an empty space and built Semicolon Bookstore!

"I just wanted to put a bunch of books in here and talk to people about books because that's my happy place," Mullen said.

Two years later, and way ahead of her five-year plan, Mullen and her team of booksellers are selling more than 50,000 books a week online and in-store.

From Malcom X to Trevor Noah, Semicolon is truly a place where Black literature shines. "Reading is a revolutionary act, and literacy is freedom," is Mullen and her team's business motto.

Mullen is using her small, Black-owned business to combat Chicago's low literacy rates and to promote the positive narrative of Black book reading and selling.

" I started recognizing that there was a representation that we brought to not only the community, but the book-selling space, that was obviously necessary," Mullen said. "It shows Black booksellers as Black book readers, and that's important."

Semicolon Bookstore is preparing to open a brand new, larger space in the fall. Visit semicolonchi.com to learn more and browse their online collection.