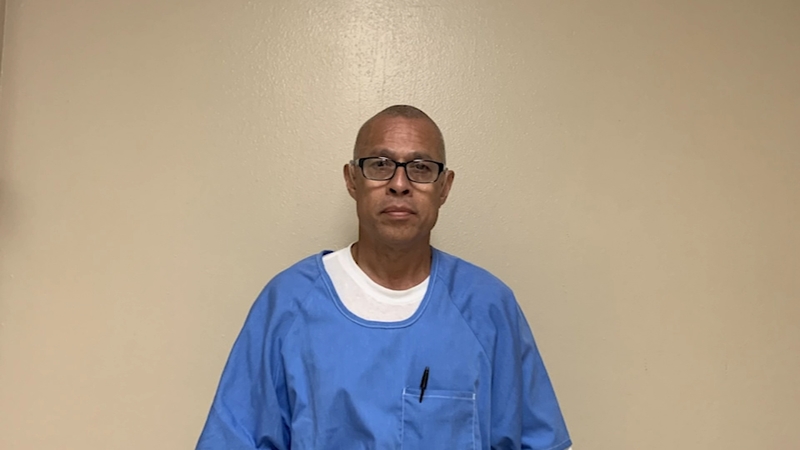 AVENAL, Calif. (KFSN) -- The man convicted of raping at least eight women in Tower District during the 1990s was denied parole Tuesday morning.

Rudolph Acosta's hearing was held at Avenal State Prison where he is serving a 78-year sentence.

BREAKING: Rudolph Acosta- serial Tower rapist convicted of raping 8 women, including a teenager will not be released from prison on parole. His parole was denied this morning pic.twitter.com/EDjZIp9FX5

Acosta did not attend the hearing; his attorney advised him not to, and one victim called him a coward for not showing his face.

Garcia has thought about what to say to Rudolph Acosta since she got the notice three months ago that he was up for parole. She also wanted to hear from him.

"I wanted to know if he had any remorse. Regret for what he did to us," she said.

But Tuesday, she never saw his face. His attorney spoke for him.

"I wanted him to get a glimpse of what my life was before that night," Garcia said. "Before July '91. And I want him to see the impact of his choice coming to my home."

Acosta was in his mid 20's when he terrorized the Tower District. He wore a mask and crept into bedrooms of vulnerable women. Eight women were raped at gunpoint. Garcia was just 16 at the time and asleep when he got into her home.

Acosta declined to attend the hearing, but he did read a statement to the media saying the hearing was not about him, it was instead about the victims. He acknowledged also victimizing the entire community.

Acosta was not present during the abbreviated first parole hearing. His attorney recommended he not be present and he complied. One victim was present, and a mother and sister of another victim was there as well.

"So his demeanor was he felt emotional. He seemed to be upset with tears coming out of his eyes for the crimes that he committed," Tuntakit said.

Acosta and his attorney both told the board additional therapy will be needed before any potential release. The commissioners noted they wished Acosta was present to ask specific questions including if he's identified what triggers his behavior.

For Garcia, and the emotional scars that remain, a lifetime locked up is the only just and appropriate punishment.

Tuesday's meeting was an abbreviated parole hearing. Acosta will have a full hearing in three years.

Rudolph Acosta will return for a full parole hearing in 3 years. After the hearing, Acosta read a statement to the media. He said today was not about him, it was about the victims. Also acknowledged victimizing the entire community. He teared up while saying he was sorry.