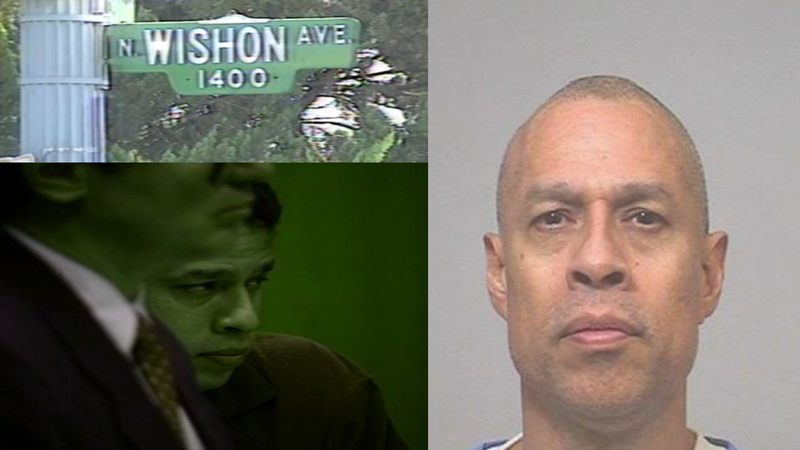 'Tower District rapist' up for parole hearing next month

FRESNO, Calif. (KFSN) -- In 1991, he materialized as a nightmare come to life, crawling through a cracked window and into Mirna Garcia's bedroom.

"He woke me up, shook me on my chest, and then he whispered something. I wasn't quite awake, but when I turned, I felt the barrel of his gun on my temple," Garcia said.

Over the next few months, the so-called "Tower District Rapist" would stalk and attack at least seven more women before police set up a sting operation and caught him casing another home.

His victims pleaded for a powerful punishment.

"For the crimes this animal has committed he deserves the maximum sentence with no parole," an anonymous victim said.

A judge sentenced Acosta to 78 years in prison. He was supposed to be eligible for parole after about 40, in his mid-sixties.

But he's just 53 now and already getting his first shot at freedom while the damage he inflicted still haunts his victims.

Garcia started pacing her house with a butcher knife in her hand.

"I became a total mess. I went from being a straight-B student, playing sports, loving life to hating it," she said.

She kept the trauma mostly to herself for 28 years, hiding the sexual assault from everyone except her closest family members.

Most of her children only found out last week when she came forward with a new plea, targeting the parole board considering Acosta's case on July 30.

Coring Hoggard: What are you planning to tell them?

His parole review showed he has little insight into risk factors for his sexual deviance, including drug or alcohol use.

He wants to move in with a nephew who lives in Fresno and, according to Acosta, may have issues with alcohol.

The parole board will have to keep that in mind, and Garcia will give them a lot more to consider.

She'll attend the hearing in person to give the most powerful possible message.

Telling her story now is stirring up some new pain, but it's also cathartic and freeing. She hopes to convince the other victims to work up the courage to follow her lead and amplify the message.

"I'm not going to hide, and they shouldn't hide either. We didn't do anything wrong," Garcia said. "If they come forward, we can do this together. I don't want them to feel like I felt: Afraid, ashamed."

There's a sense of urgency, though.