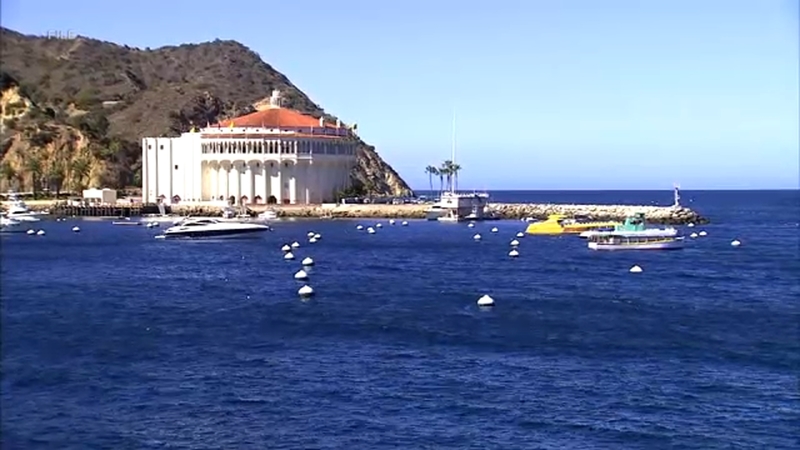 CATALINA ISLAND -- A boy who was part of a Boy Scouts camp at Catalina Island off the coast of Southern California was bitten on the hand by a shark while canoeing on Wednesday, officials said.

The incident occurred near Parson's Landing around 7:15 a.m., according to lifeguards with the Los Angeles County Fire Department.

Boy Scouts officials said a youth participant of their Boy Scout Camp in Emerald Bay was canoeing when he sustained a non-life-threatening bite injury. The camp's onsite doctor and paramedics provided first aid before the victim was airlifted to the hospital.

According to the L.A. County Fire Department's lifeguards, the boy and his father were on their vessel when it was bumped by what's believed to be a shark. It's not yet known what type of shark or how large it was. During this encounter, the boy reached his hand into the water and was bitten by the animal, authorities said.

The victim was described to be in stable condition and was undergoing surgery.

At 7:15 today Lifeguard Paramedic Rescue Boat Crews responded to a medical emergency at Parson’s Landing on Catalina Island. 1 patient sustained an injury to their hand from an encounter with a shark. pic.twitter.com/ADkqiT7Oz0

Following the incident, lifeguard crews cleared and closed off 1 mile of ocean in each direction of the scene and notified adjacent lifeguard agencies, California Department of Fish and Wildlife and the U.S. Coast guard, per protocol. The closure of the water is set to remain in effect for a minimum of 24 hours.

In addition, lifeguard officials said a shark expert from the Scripps Institute of Oceanography has been requested to help identify the size and type of the shark involved.