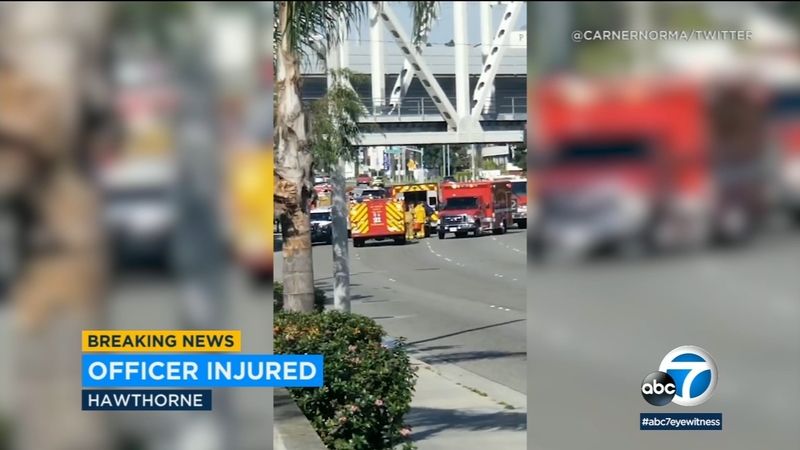 HAWTHORNE, Calif. -- A Hawthorne police officer and a gunman were both shot and wounded Sunday morning in an incident that involved two separate exchanges of gunfire, authorities said.

The violent series of events began about 9:20 a.m. when officers responded to a report of a man chasing a woman in the lobby of a hotel in the 14400 block of South Aviation Boulevard, according to Hawthorne Police Chief Michael Ishii. The officers arrived to find the suspect running across the street and into a shopping center.

The officers confronted the man and twice exchanged gunfire with him, Ishii said at a news conference.

A 15-year veteran of the Police Department was struck in the leg and transported to a hospital by Los Angeles County firefighter-paramedics. The suspect, wearing military fatigues, was taken into custody without incident.


The injured officer was alert when visited at the medical center, said the police chief, who expressed hope that the policeman would make a full recovery. Neither he nor the suspect were publicly identified.

The female victim who had been chased was described by authorities as "OK" after the incident. The possible relationship between her and the suspect was unknown.