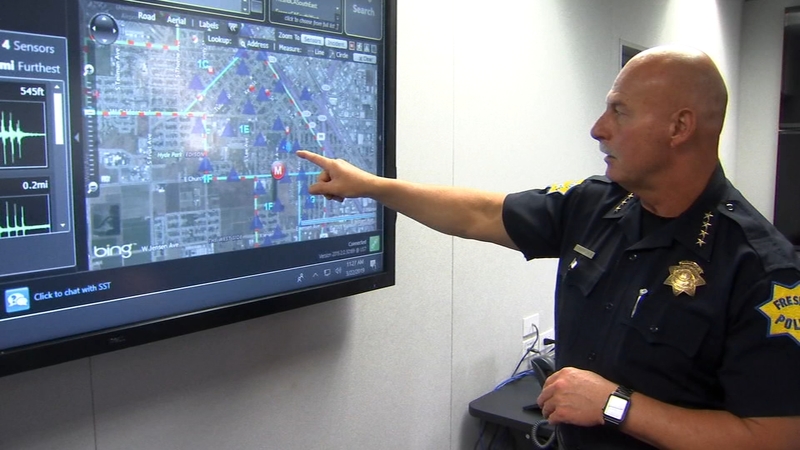 FRESNO, Calif. (KFSN) -- ShotSpotter technology allows Fresno Police to pinpoint and respond to neighborhoods where shots have been fired.

Fresno was among three cities which showed significant declines in shootings in 2018.

ShotSpotter says Savannah, Georgia was down 30.1%. Shootings in Fresno declined by 28.9% while the rate in Milwaukee went down 24.3%.

"When ShotSpotter notified us that we were the city that had the second highest reduction in gunfire, that's pretty amazing, but it wasn't shocking in terms of what our successes were," said Fresno Police Chief Jerry Dyer.

Dyer says shootings are down this year by 20%. He believes criminals are less likely to shoot guns in some areas because they're more likely to be caught.

65 schools are located within the 14 square mile area covered by ShotSpotter in Fresno. Dyer would like to expand the program.

"I'm satisfied with where we're at in terms of ShotSpotter locations, but I do believe we could expand this another 4-5 miles in our city and be that much more effective," he said.