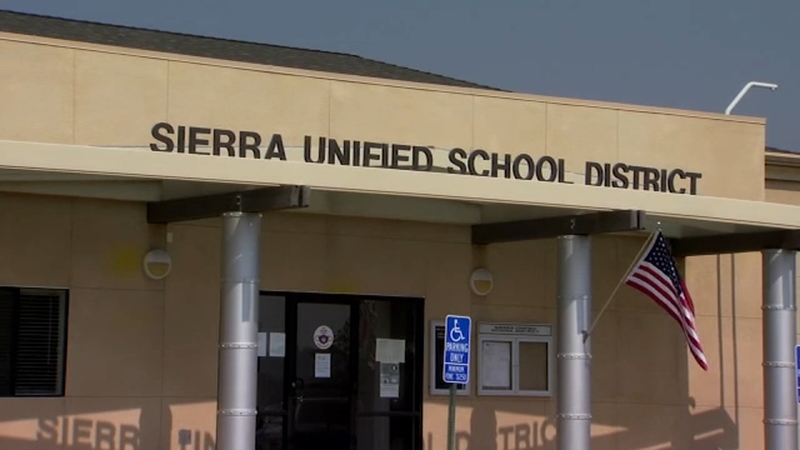 FRESNO, Calif. (KFSN) -- The debate to ditch masks for the students and staff at Sierra Unified came to an end Monday night.

After several hours of public comment and discussion, the board of trustees voted to continue complying with the rules laid out by the state of California, instead of issuing their own guidance for families in the district.

The meeting went on for over four hours.

There was public comment about whether or not Sierra Unified should comply with the California Department of Public Health.

There were heated reactions in the packed boardroom. The night ultimately ended with a 4-3 vote to comply.

However, a majority of the board members say it was a move they felt was not easy to make.

"Basically, we are being told that their guidance is the law and that we would be standing in a lot of liability if we didn't go there," says board trustee Ben Kimbler. "We agree with a lot of what the other side has to say but we feel that we were forced into this."

Kimbler says going against the state public health department mandates would have meant the district would face insurance liability and financial consequences.

He says there are about 173 items included in the state requirements the board voted to comply with, which include masks, testing and quarantining.

The board heard dozens of testimonies pleading for the board to make amendments to their COVID policies.

"It is undeniable that how the protocols are executed now created significant negative consequences to the education, mental health and development of our children," says Vanessa Rakis-Garabedian.

Commentary also came from parents who encouraged continued mask-wearing, including one mom who fears the worst if her son brings home COVID to her toddler with a heart condition.

"His chances of bringing it home and his brother getting seriously ill, they just became so much bigger when we realized the board was trying to remove mask mandates," says Jessica Hudson-Headley. "So parents like me, we just won't be safe sending our kids to school here."

Before the meeting began, the board did drop the agenda item to discuss legal action against the state.

The board also tabled two other items on Monday's agenda, which could still be discussed in the future. Those topics included saliva tests being offered as an alternative to nasal COVID tests and whether or not testing and quarantining protocols should be the same, regardless of vaccination status.