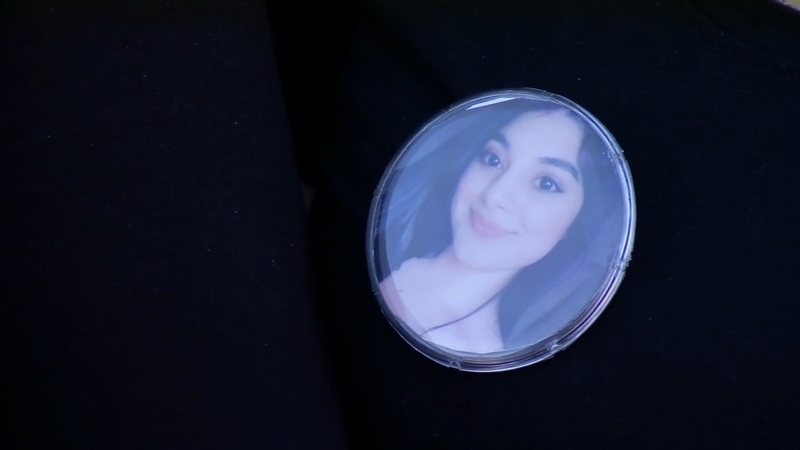 VISALIA, Calif. (KFSN) -- Family members say Valerie Martinez was a beautiful person -- inside and out. She had a great smile, an infectious laugh, and was a role model to her younger siblings.

She worked at Target and attended College of the Sequoias, but had dreams of becoming a probation officer.

"I know that everyone who ever came to meet her, they always just say that they are so happy that they had the privilege to meet her because she just brought so much positivity to them," said Vanessa Gonzalez, Valerie's sister. "And when they were having a bad day, she could just make them smile and make their day better."

20-year-old Anthony Martin, Martinez's boyfriend, is accused of shooting and killing her on Saturday morning.

Visalia Police say the crime is being investigated as a domestic violence incident.

"It's always a terrible tragedy to lose someone to domestic violence, especially somebody so young with so much promise ahead," said Caity Meader.

Meader is the CEO of Family Services-a Tulare County non-profit organization that helps survivors of domestic violence through their 24-hour hotline and shelter.

She says this weekend's murder marks the second domestic violence-related homicide within the last year.

That number has fallen in recent years, but for Family Services, one death is still too many.

That's why it's important for others to be aware of warning signs-Meader says isolation is one of the most common features of domestic violence relationships.

"It can be a systematic tool that abusers use to cut off that survivor from friends or family who might otherwise support them," she said. "So when you see that kind of burgeoning dependency or isolation in those situations, it's certainly something to take note of and to communicate to someone."

Saturday may have been Martin's final act of abuse, but experts say it's unlikely it would have been the first.

So moving forward, Martinez's sisters says they will raise awareness about domestic violence. Because they're not going to let their sister's death be in vain.

"If you feel you're in an abusive relationship and you feel stuck, please ask for help-you're not stuck," Vanessa Gonzalez said. "We don't want what happened to our sister to happen to someone else."

Martin could be charged as soon as Tuesday.

He's being held at the Tulare County Pre-Trial Facility.

A GoFundMe page has been set up to help Martinez's family.