Action News has learned Joseph De Anda got engaged just months ago - at just 33 years old, he had a full life ahead of him.
KFSN
By Nic Garcia 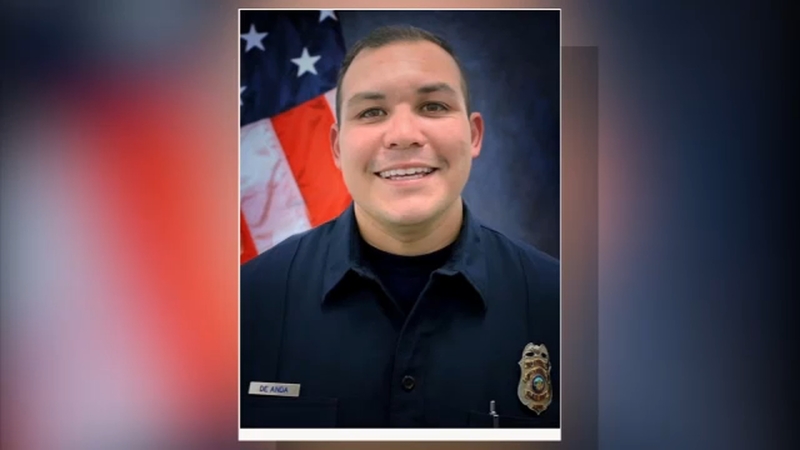 FRESNO COUNTY, Calif. (KFSN) -- A firefighter from Santa Barbara County was killed in a skiing accident at China Peak on Saturday afternoon.

The sheriff's office says De Anda, also known by his nickname, Joey, was traveling down a ski run with friends at the mountain ski resort when he struck a tree at about 12:40 pm.

He was wearing a helmet, but he was too severely injured in the crash to survive.

He said Joseph De Anda was at the top of the mountain - on the highest elevation China Peak has.

"This is a situation that never should have happened. You had a beginning skier, I was told yesterday it was his first day at a ski area," said Cohee.

The last death to happen at China Peak was more than 5 years ago, when an experienced skier failed to turn where he should have and hit a tree, killing him.

De Anda has served as a firefighter with the Santa Barbara County Fire Department since 2020.

Before that, he spent several years as a dispatcher and paramedic with the Santa Barbara County Sheriff's SWAT team.

Action News has learned De Anda got engaged just months ago - at just 33 years old, he had a full life ahead of him.

"Joey will be remembered for his positive attitude and hard work ethic. Joey made lasting relationships with everyone he came in contact with. Joey was the example that if you put your heart and mind into something, you can accomplish anything," Bertucelli said.

We're told De Anda's body has been draped with an American flag in Fresno.

The Fresno County Sheriff's Office says it is working with the Santa Barbara County Fire Department to make sure De Anda is honored properly before his body is transported back to the Central Coast.