KFSN
What if the dollar bill represented our progress as a nation, rather than our leaders? In an art project titled "2014 USD Proposal," one artist has submitted his case. Check out the images below. 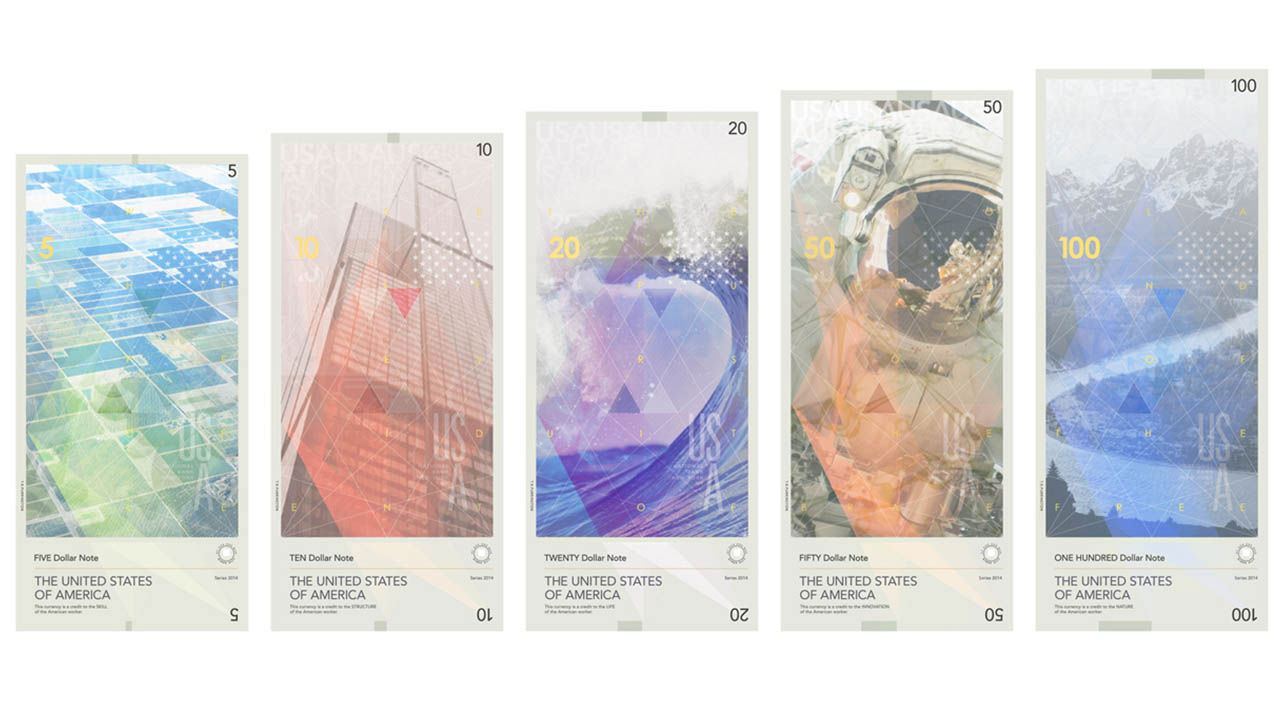 While attending the Visual Communication Institute/The Basel School of Design at the Academy of Art and Design in Switzerland, Idaho native Travis Purrington redesigned the U.S. dollar bills as part of his Master thesis.

Inspired by Switerland's Swiss Franc currency, Purrington set out to not only modernize the dollar bill's aesthetics, but to increase its cultural value. On the obverse side of each Swiss Franc are not former political leaders, but renowned Swiss artists within architecture, music, visual arts, and literature.

Borrowing this concept, Purrington's proposed currency design celebrates America's scientific and technological achievements, rather than former presidents and founding fathers. With images such as an astronaut, a skyscraper, a circuit board and beautiful landscapes, Purrington hopes to represent the advancements and culture within American society.

"This particular series plays on themes of human discovery and endeavors to connect achievement, theory and the fundamental properties of life," wrote Purrington. "This is of course not a conspiracy to trivialize or shun the great deeds of the past, but to communicate principle rather than effigy permeating through the spirit of industrial, organic and elemental systems."

Since the introduction of the United States dollar in 1786, the currency has undergone numerous redesigns, though our current dollar bill designs from 1996 have had only relatively minor updates since the 1928 silver certificate design.

All of the proposed redesigned bills are also different in length according to their value, a common overseas practice meant to better differentiate between them. The $1 and $2 bills, Purrington says, are intended to be coins.

What do you think? Is it time for an update, or should we still true to tradition? Let us know in the comments below.