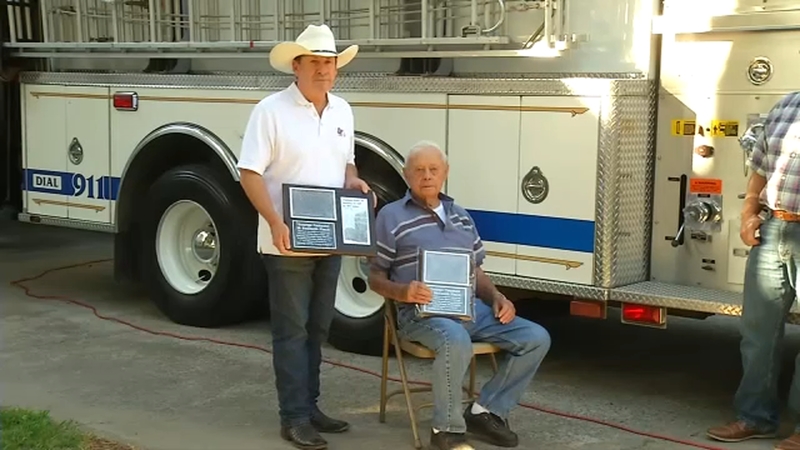 MERCED, Calif. (KFSN) -- A retired fire captain was honored on Monday for his heroic efforts more than six decades ago.

George Naumann saved 7-month-old Lloyd Fagundes from suffocation after he became startled and started choking in February of 1957.

An old newspaper clipping from the Merced Sun-Star says his family rushed him to meet fire crews nearby.

That's where Naumann was ready and waiting to supply oxygen for more than 40 minutes -- saving Fagundes' life.

Years later, the pair reunited for the first time about two months ago.

On Monday, they met again when the retired fire captain was recognized for his life-saving measures.