Powerball fever hits Visalia as jackpot grows to over $400 million 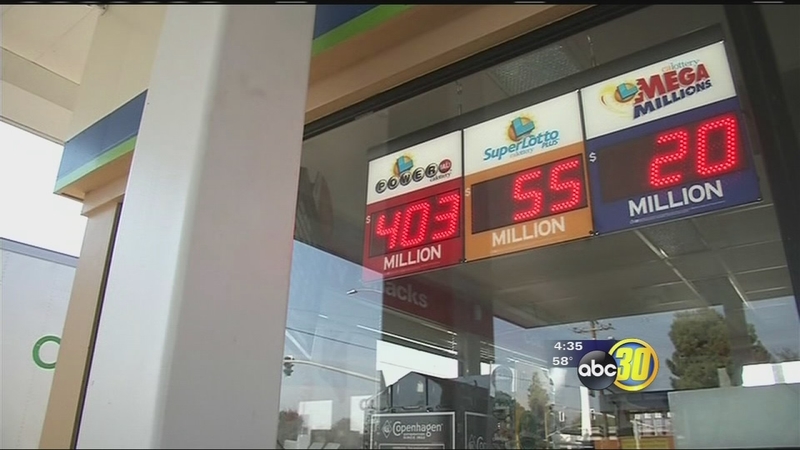 Powerball fever hits Visalia as jackpot grows to over $400 million

VISALIA, Calif. (KFSN) -- This Black Friday, some in the valley are opting to forgo the best deals at the big stores and just try their luck by playing the lottery. Another drawing is just a day away and the Powerball jackpot now stands at $403 million.

The 4 Seasons Handy Market in Visalia had a steady stream of customers Friday afternoon but maybe not as many Powerball players as you'd expect with such a high prize.

Maybe it's those Black Friday deals that are distracting. But some are still trying their luck, hoping for a shot at the jackpot, including one woman who deserves a little bit of luck as it's her first time playing.

"Oh, the good juju is on it," she said. "Two whole dollars could make you half a billionaire."

It could, but it probably won't because the chance of winning the Powerball is one in 293 million.

"Hey, I feel lucky so I just went and bought a ticket right now," one player said.

The odds are also not in Eric Billingsly's favor, but it's no matter because he feels good fortune is upon him.

"First of all, I would pay off all my past debts, credit, all the school loans I had," he said.

Across town at father-and-son-owned Duyst Flyers, the fantasy of selling a winning ticket is tempting.

"It'd be a dream come true," a shopper said.

That's because the retailer bonus is 0.5 percent of the prize value and up to a limit of $1 million.

"I'd probably take off somewhere for a little bit, little bit, then I'd get back to work though," Michael Duyst with the store said.

"You'd come back here?" an Action News reporter asked him.

In January, the Powerball jackpot reached a record $1.6 billion and while this jackpot is no record, it could certainly help make some dreams come true.