This is Fresno's 40th homicide this year.
KFSN 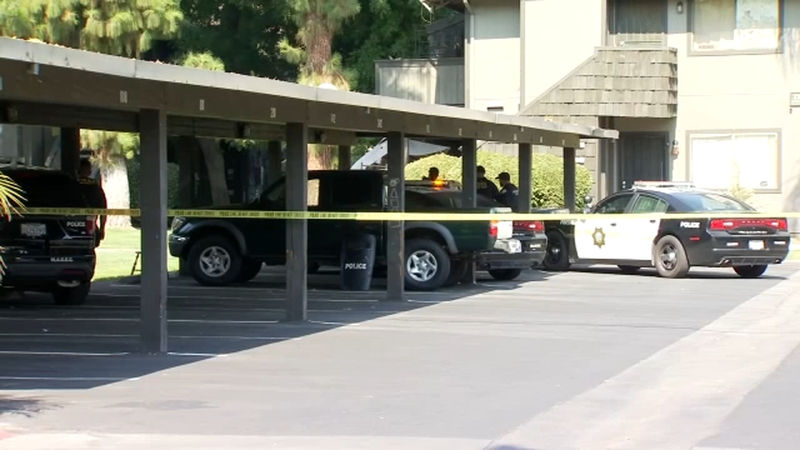 Man arrested in connection to deadly shooting in SE Fresno

FRESNO, Calif. (KFSN) -- Police have identified the man they say is responsible for Fresno's 40th homicide of the year on Tuesday.

Officers took 30-year-old Climmett Jackson into custody around 9 pm at the Ranchwood Apartments on Chestnut and Lane.

On Tuesday afternoon, police say Jackson was arguing with 61-year-old Randy Harless when he pulled out a gun and shot him.

Harless died at the scene.

Officers soon learned Jackson may have been hiding in a nearby apartment and locked the area down while they tried to get him to come out.

While clearing out surrounding units, Jackson was found in another apartment and taken into custody without incident.

Investigators say Harless and Jackson were acquaintances who lived in the same apartment complex.

Jackson has been booked into the Fresno County Jail on murder charges.

This is Fresno's 40th homicide this year.

Shortly after the shooting happened, two officers were injured trying to detain a man they thought was connected with the homicide.

Officers tried to put the man in cuffs, but he fought back, somehow cutting one officer on the hand and biting another.

That man was then arrested for assaulting an officer but was not related to the deadly shooting.