VIDEO: People crowded together at downtown nightclub in Texas as COVID-19 cases spike 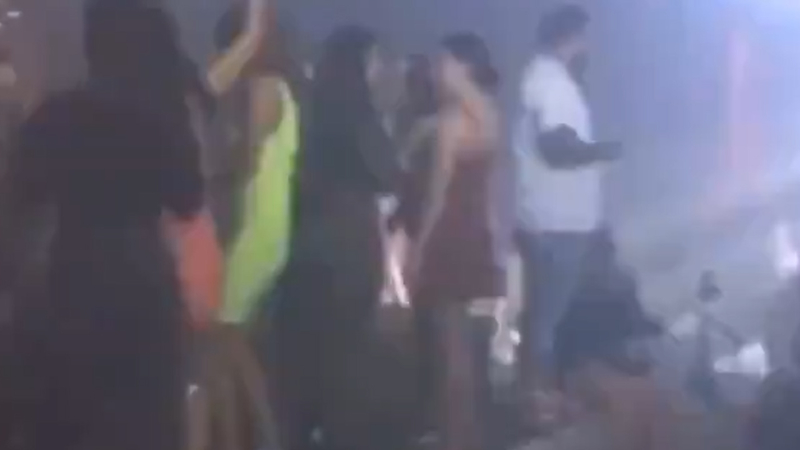 HOUSTON, Texas -- Video showing people standing close together in a crowded Houston nightclub was recorded over the weekend and began circulating online.

The video was taken at Spire Night Club in downtown Houston. A woman with a mask is seen walking across, but others around her in the video aren't wearing face coverings.

Carson Zoch, who posted the video on Twitter, wrote, "Imagine prioritizing your 'social life' over people's actual lives. This isn't about you anymore, you are putting others at risk."

This is an actual video from last night at Spire Houston. I cannot even fathom how dumb some people are. Imagine prioritizing your 'social life' over peoples actual lives. This isn't about you anymore, you are putting others at risk. Incredibly selfish humans. pic.twitter.com/JeQIUPFHUy

On Monday, Harris County Judge Lina Hidalgo's mandatory mask order went into effect, which required all residents over the age of 10 to wear face coverings inside businesses.

Gov. Greg Abbott ordered the closing of all bars and scaled back restaurant capacity to 50 percent in Texas on Friday after the state experienced a 3-day in a row record high of COVID-19 cases.

The Harris County Fire Marshal said their complaint hotline and website form received 580 complaints due to overcrowding and/or businesses being open when they shouldn't be, but no citations were issued yet.