Anthony Davis gets the best of his old team again 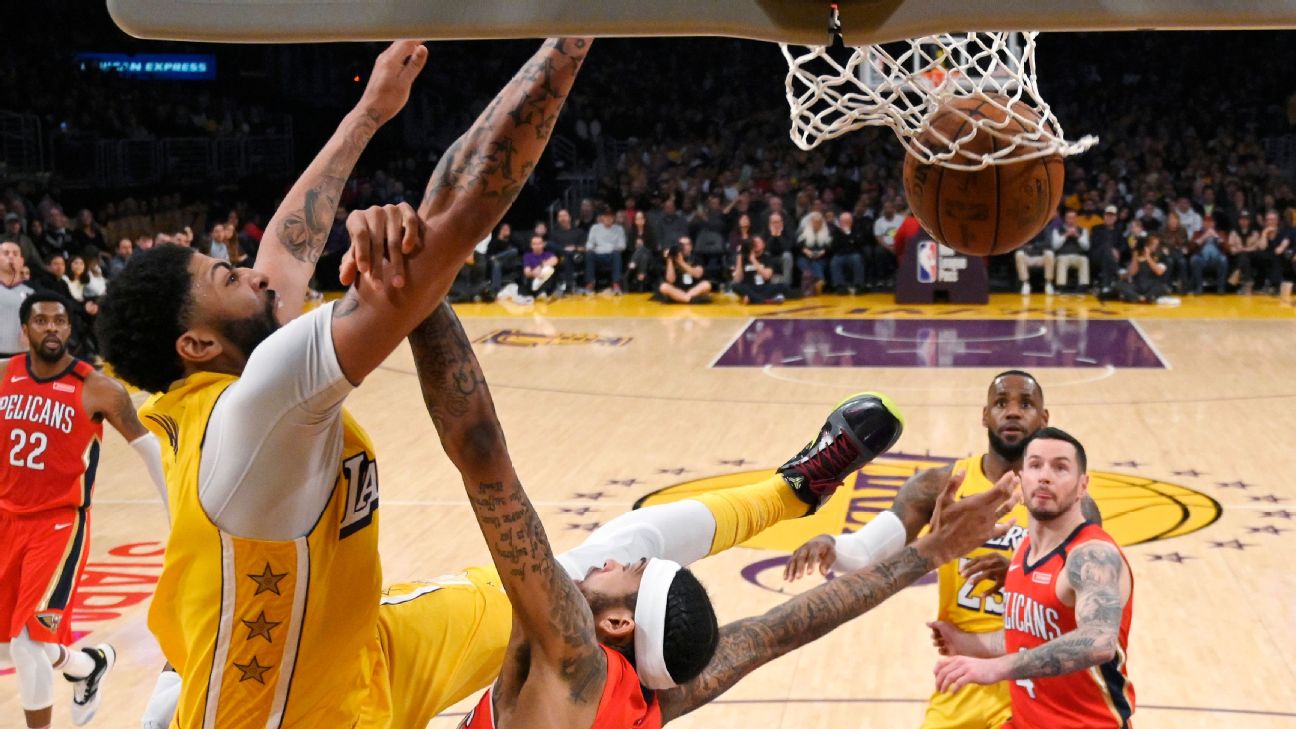 LOS ANGELES -- Two words came to mind for Dwight Howard when he was asked to compareAnthony Davis' first game against his former team five weeks ago to Davis' performance Friday in theLos Angeles Lakers' 123-113 win over the New Orleans Pelicans.

It's a phrase Lakers assistant coach Jason Kidd coined in a film session earlier in the season, using clips to illustrate how making the simple play will often lead to spectacular results.

"If we play with no stress, move the ball, share it, get open shots, [then] you don't have to stress and feel like, 'I got to make this shot,' because you know it's going to come [around] and you're going to get another one," Howard said. "So no stress is good for everybody."

It was great for Davis, as he scored 46 points to go with 13 rebounds and 3 blocks as he helped L.A. race to a 24-point lead in what became a relatively easy win. The Lakers improved their Western Conference-best record to 28-7.

When Davis scored 41 points in late November in the Lakers'114-110 win in New Orleans in his return game, he needed 30 shots to get there, and the Lakers had to overcome a 16-point second-half deficit. Friday's 46 -- Davis' fourth 40-plus-point effort of the season -- required only 21 shots, and the Lakers never trailed after the first quarter.

"Even though we won the game [in New Orleans], I didn't like playing that way where they were just forcing the ball," Davis said. "I knew the situation, obviously, and my teammates wanted me to play well against my former team the first time."

Davis did play well -- setting a record for points scored by a player facing his former team for the first time -- but on Friday he played even better. It was the kind of night that Kobe Bryant used to refer to as a "clean game" -- when he would take what the night presented, rather than mucking things up by going against the grain.

"It was an emotional game for me [in November]. I just wanted to play as good as possible," Davis said. "Tonight, I didn't have that many emotions because I got that out of the way the first game. It was just another game. We just come out and play and did whatever I can to get the win."

What he did was continue to show how he's expanding on what he's capable of since he joined this collection of talent in L.A.

Consider Davis' mixed bag against the Pelicans -- 13-of-13 from the free throw line, 3-of-5 from 3, 2-of-2 in throwing down momentum-changing lobs -- to know just how much he's bringing at this stage of the season.

And one of those lobs from Danny Greenhad no business being converted.

Indeed, it's easy going for the Lakers these days. And Davis looks completely at ease in his new home.

"Too blessed to be stressed, man," Howard said. 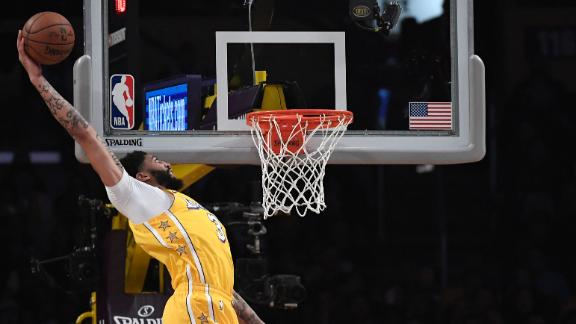 Davis has 46-point field day against former team
Anthony Davis leads the Lakers to victory over the Pelicans as he goes off for 46 points on 15 makes from the field, along with 13 rebounds. 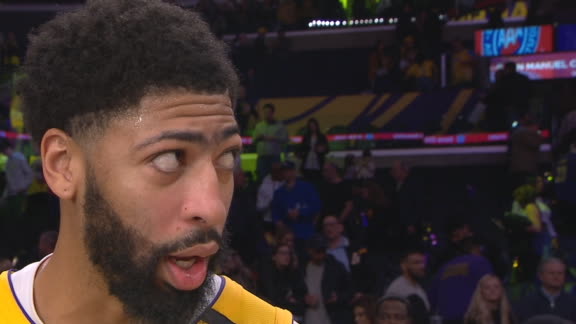