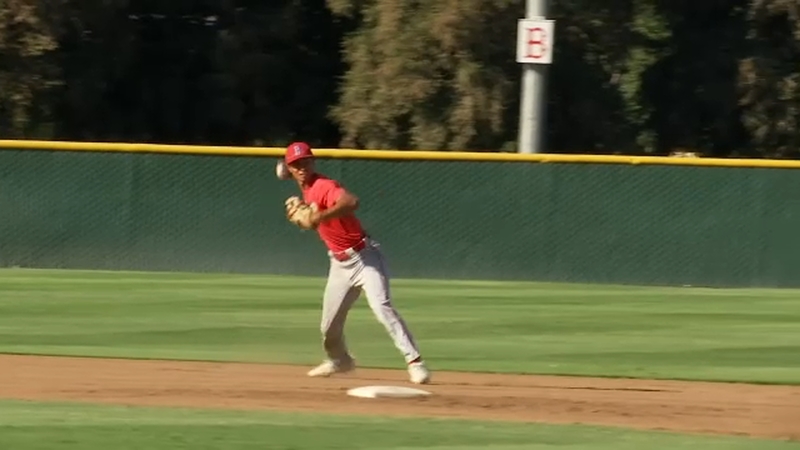 CLOVIS, Calif. (KFSN) -- Whether it be at the plate or in the field, Buchanan senior Cuauhtemoc Becerra always seems to make the right play.

"I just love baseball ever since I started playing it when I was eight," he said.

On the field, home has always been shortstop but off it, the answer has changed. Born in Oakland, his parents came to California from Mexico.

"I grew up mostly in Madera, and then we decided to move to Clovis," he said.

Ever since then, Becerra dedicated himself to both the game and his academics.

All that hard work is paying off this year with a college scholarship.

"No one in my family has gone to college, so it's kind of a big accomplishment in my family," Becerra said.

His family - the ones who instilled his work ethic.

"They have always told me that college opens up big opportunities, and I believed that ever since they told me," he said.

A future Cardinal who was also the school's nominee for the B'nai B'rith student-athlete award.

If you're having déj vu, that's because two years ago, the B'nai B'rith winner was Brock Jones, a Buchanan standout on the baseball field who's currently playing at Stanford.

Like Jones, he'll head to Palo Alto but not before trying to get a ring with his Bears teammates.

"He's a leader in this program in how he works and the example that he sets for all the younger guys is admirable," Fontes said.

A first-generation college student making his family proud who's looking to make some noise in the PAC-12.