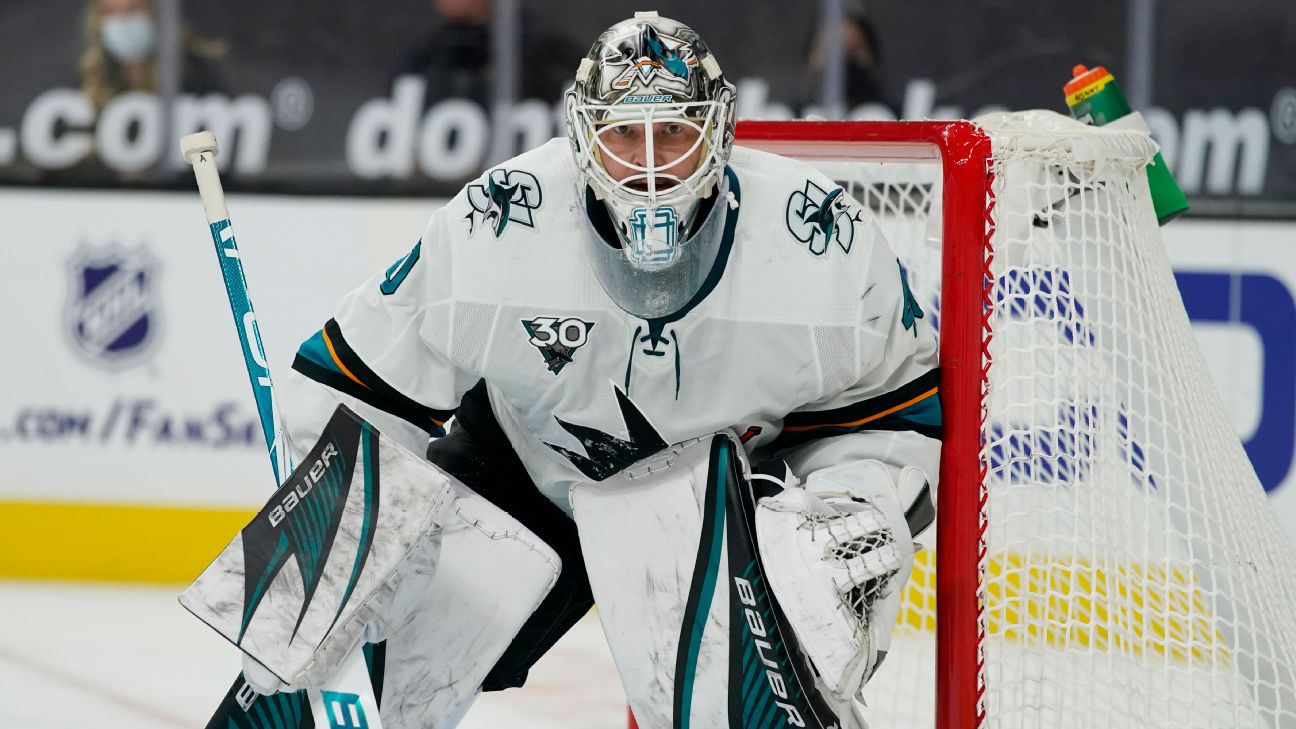 The Colorado Avalanche acquired goaltenderDevan Dubnykfrom the San Jose Sharks on Saturday in exchange for defenseman Greg Pateryn and a fifth-round pick in the 2021 NHL draft.

Dubnyk, 34, gives league-leading Colorado some insurance in net behind starter Philipp Grubauer. Dubnyk has 26 games of Stanley Cup playoff experience during his career.


This season, he has a 3.18 goals-against average and .898 save percentage for struggling San Jose.

"Devan brought the element of consummate professionalism and class to our dressing room in what has been an extremely unique and challenging season," Sharks general manager Doug Wilson said. "He fit seamlessly within our group and helped mentor many of our younger players. We thank him for his contributions to our club on and off the ice this season and wish him the best in Colorado."

Dubnyk and Pateryn are set to become free agents after this season. Colorado acquired Pateryn earlier this season in a salary-shedding deal that sent defenseman Ian Cole to Minnesota.

The Avalanche have made two trades in two days after acquiring defenseman Patrik Nemeth from Detroit for a fourth-round pick on Friday. Their 58 points through 40 games are the most in the league and have them four up on Vegas for first place in the West Division.

Grubauer has been at the center of that success. He leads the league with 24 victories and has a 1.87 GAA and .922 save percentage in 33 games but has never played in more than 37 games during a regular season in his NHL career.


"We know that we want to give Grubi some rest," Colorado coach Jared Bednar said. "For the stretch run and heading into the playoffs, we want to make sure he's rested and healthy. He's obviously our No. 1, and the goalie depth is real important."

Colorado GM Joe Sakic may not be done dealing. With goalie Pavel Francouz and defenseman Erik Johnson on long-term injured reserve and even without San Jose retaining any of Dubnyk's salary, the Avalanche have $4.4 million more in space to use before the deadline Monday afternoon.

"I think it's important that our guys see that the organization is supporting them," Bednar said. "We recognize that the guys have had a real good year here. We're in a real good spot for the stretch run, and if we can make some adds that will help us long term, whether big or small, we're open to doing that."

On Friday night, Jonas Johansson made 28 saves in his first career shutout as the Avalanche defeated the Anaheim Ducks2-0. With talk of a trade heating up, Johansson also made his case to be Grubauer's backup in a strong performance against a last-place team.