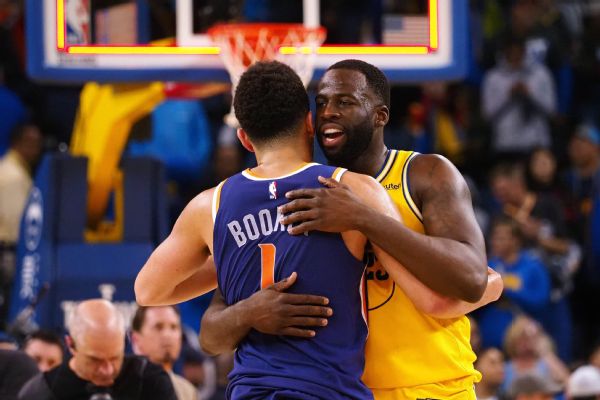 TOKYO --Devin Booker, Khris Middleton and Jrue Holidayarrived in Japan on a private jet just before 11 p.m. Saturday, less than 24 hours before Team USA opens Olympic play against France in a vital game out of the gate.

It was a brutal travel day after an exhausting playoff stretch, and the combination will test their mental and physical stamina. It also won the extreme respect of their American teammates.


"I have a lot of respect for those guys for not only committing to do this but actually keeping their word," Team USA forward Draymond Greensaid. "You're talking about three true professionals, three extremely competitive guys that wouldn't be on their way here if this didn't mean something."

As the American team got together to watch NBA Finals games during training camp in Las Vegas and after flying to Japan, they speculated about the possibility that one or more of the three might beg off after such an extreme turnaround. But all three repeatedly stood by their commitment. On Friday afternoon, Booker took a plane from Phoenix and Middleton and Holiday, less than a day after their championship parade, took one from Milwaukee.

They met up at Seattle-Tacoma International Airport, not as the competitors they were for the previous two weeks but as teammates. After refueling, they got on the long-range plane for a nine-hour trip across the Pacific through the night.

"We could've very easily got to the last game ... and Devin Booker saying, 'Man, we lost, I'm pissed off, I'm out,' or Khris Middleton and Jrue Holiday saying, 'We just won a championship, I want to celebrate and stay home with my family, I'm out,'" Green said. "It's on us to make sure that we do our parts to make sure they're rewarded with what they ultimately came here for, which is to help us to compete and win a gold medal."

It is unclear how much coach Gregg Popovich can rely on the three to play, but he indicated that his plan is to use them against the French, who project to be the toughest matchup the Americans will face in a pool-play round that also includes games against Iran and the Czech Republic.


"We obviously know they're in shape. They're tired. They just went through a roller coaster of emotion," Team USA guard Zach LaVinesaid. "I think they'll be ready to go, and we'll see what happens. But as for the team, I think we need to be ready for everything. If they're not ready to go, then we have to go out there and perform still."

After Team USA finished seventh at the World Cup in China in 2019, when France knocked it off the medal stand in the quarterfinals, and lost two exhibition games in Las Vegas, the team's reputation has taken some hits. But despite challenges with COVID-19 protocols, injuries and little time to bond, it will have 12 healthy players and a formidable talent pool ready to try to reestablish dominance.

"As much as it sucks to lose, those two losses only helped us," Green said. "They didn't hurt us one bit. If anything, maybe you lost a little bit of the fear that we've had in people's hearts for years. Which you go out and do what you've got to do and you can get that right back." 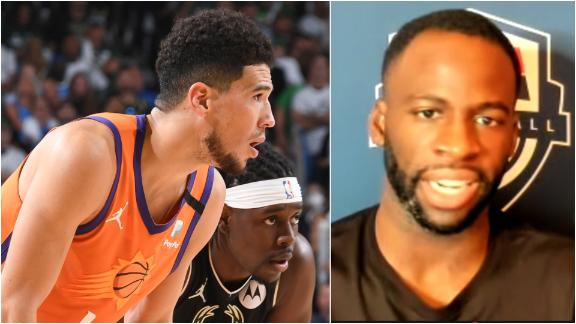 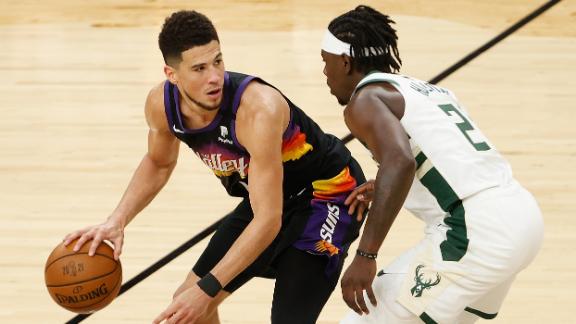