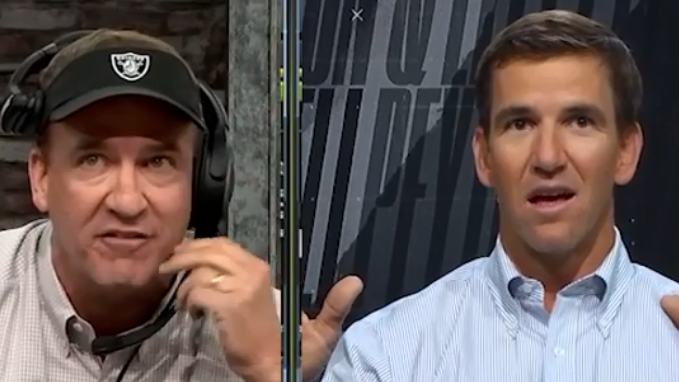 Mondays just got a whole lot more fun thanks to the Manning brothers.

Peyton Manning and Eli Manning used the debut of their Monday Night Football with Peyton and Eli MegaCast during theBaltimore Ravensvs.Las Vegas Raidersgame to prove they are just as fun to watch in the nonconventional booth (read: remote production room) as they were on the field.


Not only did Peyton remind us what we already knew -- that he is a bona fide walkingencyclopedia of the game -- but he and Eli also gave everyone who was listening invaluable insight into the game.

Heck, even if you couldn't care less about the X's and O's of football, the siblings' incessant chirping at each other and story time with guests Charles Barkley, Ray Lewis,Travis KelceandRussell Wilsonwere reason enough to tune in.

From Peyton blaming his younger brother for an errant fire alarm to Eli clowning his older brother for the size of his forehead, here are five things we learned from the broadcast:

Peyton has zero tolerance for noise when the home team is on offense ...

"Drink your beer, quiet down and let [Derek] Carr play quarterback." -- Peyton on Raiders fans being too loud

"He had that stadium trained. The fans would get fined if they talked when the Colts were on offense. If a guy was trying to order a beer, everyone would tell him to quiet down until the defense was on the field."-- Eli on Peyton's time as QB in Indianapolis


Eli and Peyton do a mean Derek Carr and Jon Gruden impression ...

Eli has no chill when it comes to Peyton's forehead ...

"Shocking that a helmet doesn't fit you. They didn't have a XXL helmet for that forehead." -- Eli when Peyton tried to demo a play

"You need some more powder on that forehead; it looks like you sprayed Pam all over it." -- Eli when Peyton was talking about precision-fit helmets

Travis Kelce is so unsure whom the Chiefs are playing on Sunday ...

"[Watching this game] I'm not trying to get too technical because I think we're playing the Chargers this week. Oh wait, maybe we're playing Baltimore. I don't even know -- I'm getting lost in the season already."-- Kelce on whom Kansas City plays in Week 2

"Hey, Travis, just so you know, you do play the Ravens next week, so make sure you don't fly to Los Angeles to play the Chargers."-- Peyton

Peyton treats Eli like the little brother he is ...

"Eli, what'd you do?"-- Peyton when a fire alarm interrupted their broadcast 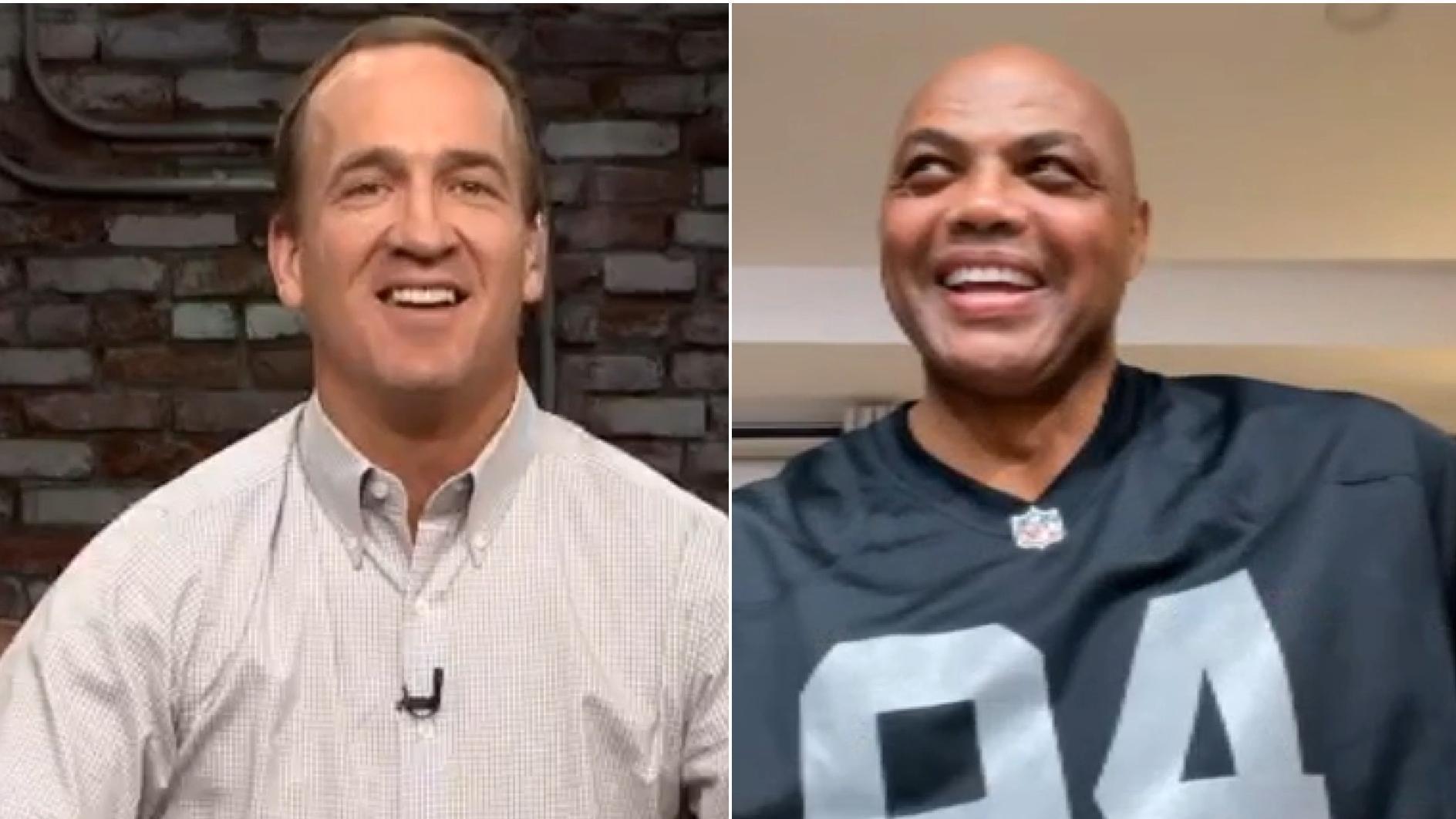