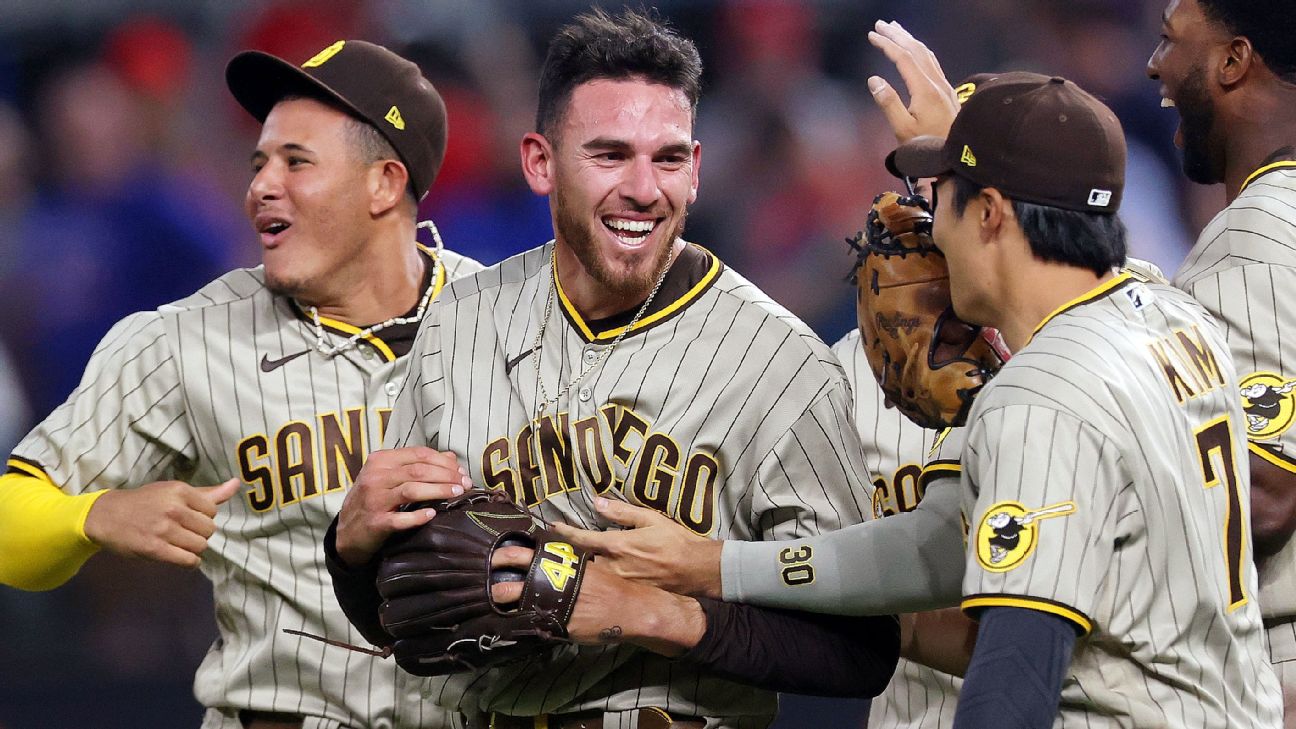 PITTSBURGH -- This no-hitter, it turned out, came with a cup of Joe.

Fresh off pitching the first no-no in the San Diego Padres' 52-year history, Joe Musgrove found out his achievement served up a positive effect on his family, too.


The right-hander's parents own and operate a coffee shop in the San Diego suburb of Alpine, California. Padres fans have been flocking there since Musgrove tossed his gem last Friday against the Texas Rangers in Arlington.

"It's something that's been in the family for 20 years, a small drive through in a small town, so they don't usually do crazy business," Musgrove said Tuesday.

"But the last few days have been some of the best days they've ever had. I really appreciate people helping support their small business," he said.

Musgrove will see some familiar faces in his first start since the history-making effort. He's set to pitch Wednesday night in Pittsburgh -- last January, after three seasons with the Pirates, he was traded to the hometown Padres.

Musgrove threw 112 pitches against the Rangers and struck out 10. Yet he says he is ready to face his old team from both a physical and mental standpoint.


"It was really a cool moment and worth taking some time to celebrate and enjoy. But I'm moving past it and getting ready for this start because it's easy to slump and slide if you don't stay prepared."

Musgrove joined the Pirates in a January 2018 trade that sent Gerrit Cole to Houston. The 28-year-old Musgrove bought a house in Pittsburgh - which he sold Tuesday - and became attached to the city.

"The city really grew on me the couple of years I was here," he said. "It's a blue-collar lifestyle and I feel like I cemented myself in the city pretty quickly with the way I approach the game and embraced the people."

Injured Pirates left-hander Steven Brault and Musgrove were not only teammates in Pittsburgh but also at Grossmont High School in the San Diego area. Brault watched every pitch of his old friend's no-hitter on television.

"To be in the history books and not to just be on the hometown team but to throw the first no-hitter is amazing," Brault said. "I remember when I was a kid, we'd go the games and people would get close (to a no-hitter) and it was such a big deal for the fans."
Report a correction or typo
Related topics:
sportsespnnewsmlbjoe musgrovesan diego padres
Copyright © 2021 ESPN Internet Ventures. All rights reserved.
More Videos
From CNN Newsource affiliates
TOP STORIES