Giants keep ace Bumgarner: 'I've got a job to do' 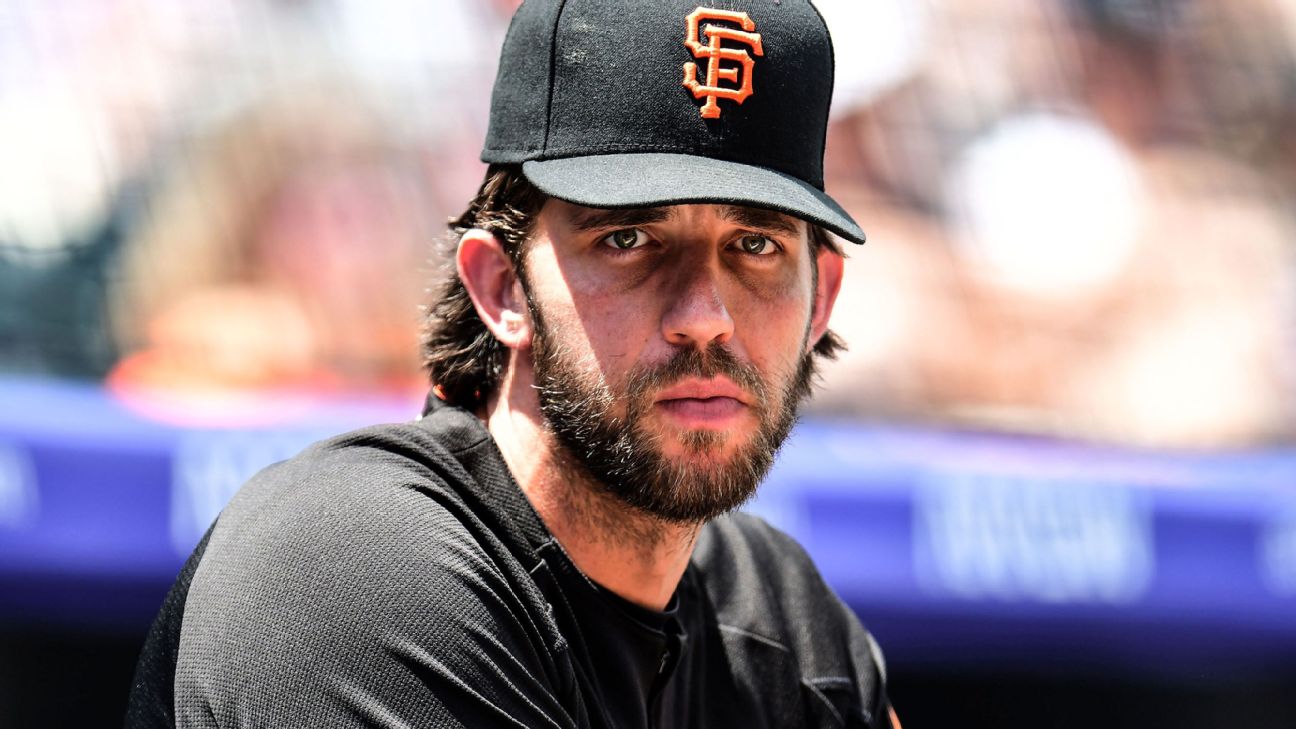 Left-hander Madison Bumgarner is staying put with the San Francisco Giants, who determined that their bullpen depth provided them the best place to make trades before Wednesday's deadline.

"I never expected to be somewhere else until that happened," Bumgarner told reporters prior to Wednesday's game and after the 4 p.m. ET trade deadline passed. "Nothing has changed for me. I don't look at it as being past a hurdle. I've got a job to do, and I'm going to do it.

"That's why we all show up here. Nobody is here collecting paychecks. We're trying to win games."

Until the Giants recently began winning, there had been thoughts that Bumgarner -- the 2014 World Series MVP -- would be on the trading block, but he is staying put as San Francisco (54-53) tries to contend in manager Bruce Bochy's final season before retirement.

"I'm happy, no getting around it, that he's still here," Bochy told reporters Wednesday. "He means so much to me. To have him here the rest of my tenure is pretty cool."

Although 15 1/2 games behind the Los Angeles Dodgers in the NL West, the Giants are 2 1/2 games out in a crowded race for the two NL wild-card spots. Ten teams are separated by 7 1/2 games entering Wednesday night's games.

"He is a huge tone-setter for our clubhouse," said Farhan Zaidi, Giants president of baseball operations. "He's a tone-setter for the organization. ... I think he allowed the clubhouse to maintain its focus. We've obviously played well this entire month, despite the fact there's been a lot out there about what we might do.

"And even between the lines and the competitor he is and just the way he sets up the rest of the pitching staff, Boch knowing that he can get an extended outing out of him every fifth day, I think has created a lot of latitude in how he has been able to manage the rest of the pen."

A lot of the bullpen was sent packing, with the Giants trading Mark Melancon, Sam Dyson, Drew Pomeranz,Ray Black and minor-leaguer Jacob Lopez on Wednesday.

Bumgarner, who helped lead the Giants to World Series wins in 2010, '12 and '14, refused to get wrapped up in the speculation about whether he would be gone, calling it "just noise."

"He's the kind of leader that when he's on your side, you always feel like you have a chance -- if you're an underdog, if you're a wild card, if you're eight games back in the standings or two games back in the standings,"Zaidi said. "When you have a guy who has done what he's done and led the way he has led, he makes you feel like you always have a chance. I know the guys are excited that he's still got that uniform on his back." 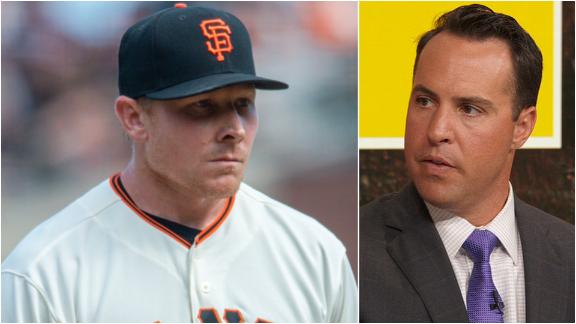