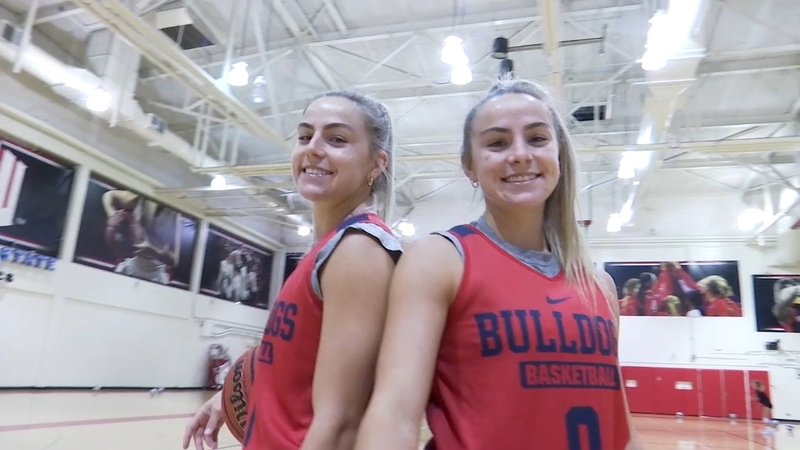 FRESNO, Calif. (KFSN) -- As the Fresno State women's basketball team gears up for a new season, the Dogs will be led by something out of the ordinary.

That something would be freshman Hanna Cavinder and her identical twin sister, Haley.

"They both come in highly decorated. They were both highly recruited. It's kind of fun to talk about right because they're twins and they look very similar," said head coach Jaime White.

Stephen Hicks: "How do you tell them apart?

"I can tell them apart when they're in street clothes and when I'm looking directly at them but if I'm trying to explain a play and in my peripheral, I see one of them. I usually just don't say their names. I just go, 'and..' and I've gotta look directly at them to make sure I know who I'm talking about," White said.

Stephen Hicks: "You guys get tired of that or no?"

"Honestly, sometimes I'm just like 'uhh' but I have to give them the benefit of the doubt we look alike."

"In the beginning when they first put us in they were like 'whoa which one's which?'"

"It's definitely probably confusing and difficult for them, but it's good for us. Yeah, it's a benefit for us."

Both of the twins come with a vast following on social media and a quick YouTube search shows hundreds of thousands of views of their training and highlight videos.

"Little girls DMing you saying they want to come to your game. It just grew and grew and grew, and we were like, how is this happening to us? Like you never think that would happen to you."