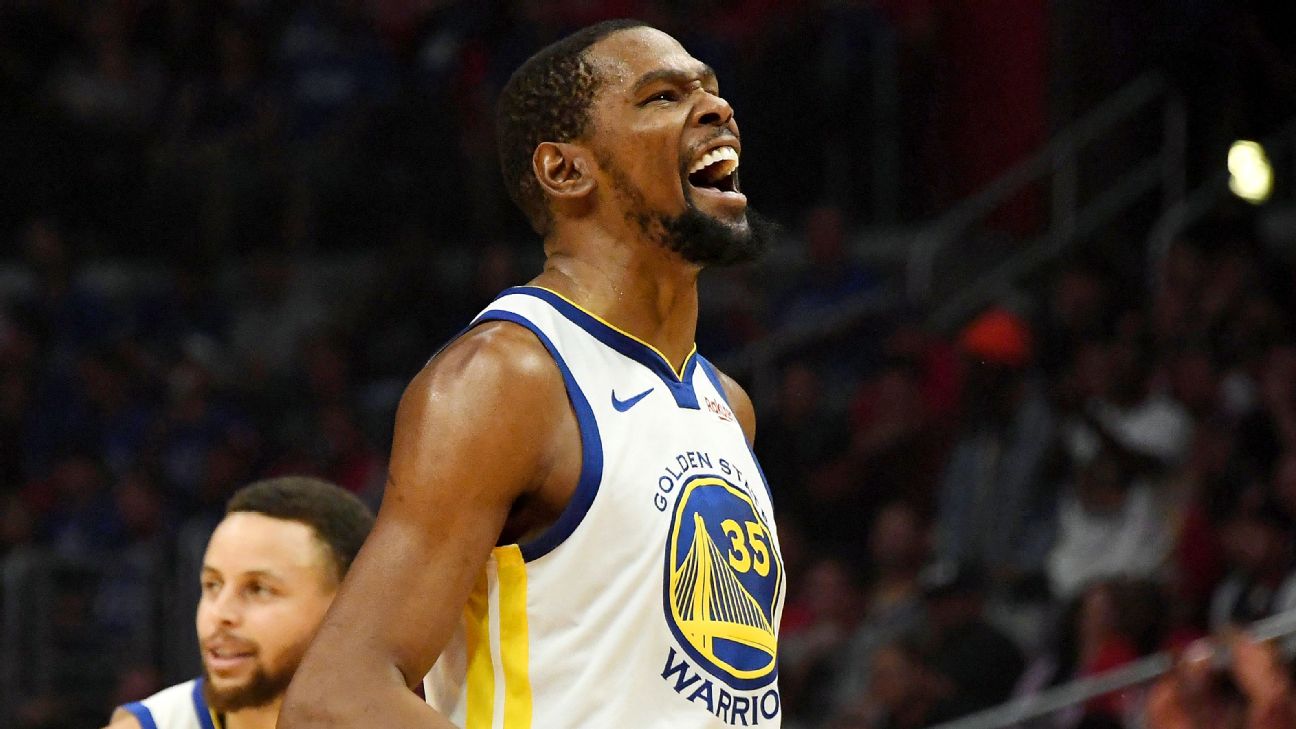 HOUSTON -- As the Golden State Warriors continue their quest toward becoming the first team since the 1960s Boston Celtics to earn five straight trips to the NBA Finals, they have had a problem at times throughout the season finding a consistent level of urgency. That has not been the case through the first two games of their Western Conference semifinals showdown against the Houston Rockets. The Warriors head into Saturday's Game 3 with a 2-0 lead, playing some of their best basketball of the season.

"We respected the Clippers, for sure," Warriors forward Kevin Durant said after Friday's practice. "Definitely don't wanna put it that way. But we respect this team just 'cause we've played 'em before. We went seven games with 'em. So that level of respect and the level of knowledge about this team goes to another level when we play 'em. So yeah, we're more locked in 'cause we know this team can beat us."

The Warriors entered into the Clippers series with respect for the young group and gained even more along the way after a hard-fought six-game series win, but the reality is that the Rockets have had their attention from the beginning. They always understood that a team with James Harden and a healthy Chris Paul had the ability to take them out and it's a huge reason why their focus has been so solid to start the second round.

"More of a sense of urgency right away," Warriors coach Steve Kerr explained. "Obviously, that Clippers series, Game 2 changed the entire series -- 31-point lead, and we blow it and we lose a game. Now it's all different. We did a great job of getting off to the right start in Oakland -- winning two, but playing hard throughout. So we're in a good position, but there's a long way to go, and we know that."

For a team that battled a general malaise throughout much of the regular season, the Warriors have been revitalized by the fact that they are playing a team that took them to seven games a year ago and is confident that it can still win the series despite being down 0-2. The Warriors head into Saturday's game with confidence not only in the fact that they have won back-to-back NBA titles, but also because of the fact they are playing some of their best defense of the season as a group, along with Durant who has dominated offensively throughout the playoffs. The Warriors aren't taking the Rockets lightly and have backed up that mindset on the floor.

"The regular season, playoffs -- that's self-explanatory in terms of how it's been elevated," Warriors guard Stephen Curry explained. "But you talk about the Clippers series; they were a great team and they challenged us. We had stretches where we were dominant, and then they challenged us at times. This first series -- the first two games against Houston, we understood how important it was to take care of home court, considering how bad it had been for a while, and were able to do that. It wasn't pretty at times, but we got two wins and that's all that matters.

"Coming into Game 3, I think the conversation was around that first quarter, first half, where we know how hard they're gonna play and -- y'all know who the pressure's on, but it's gonna be a high-intensity type of environment; we gotta be able to handle that and get off to a great start, and continue to build off that momentum, like I said. So this is a great opportunity for us to have a sense of urgency when it comes to the task at hand." 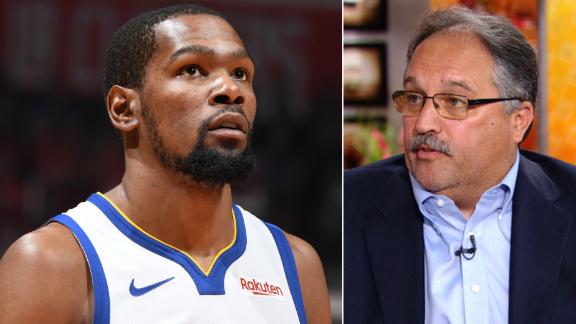 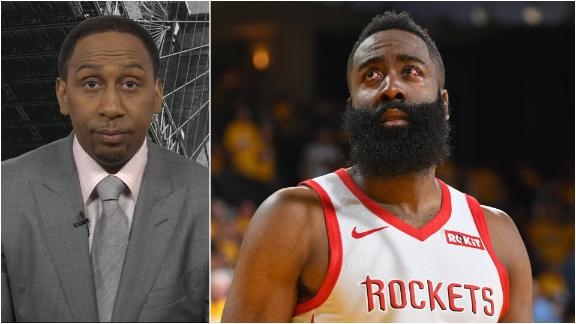 How much pressure is on Harden in Game 3?
Stephen A. Smith explains whether or not all of the focus will be on James Harden for the Rockets' chances to win the series in Game 3.
Report a correction or typo
Related topics:
sportsespngolden state warriorsstephen curryjames hardenurgencyhouston rocketskevin durantnbachris paulsteve kerr
Copyright © 2021 ESPN Internet Ventures. All rights reserved.
More Videos
From CNN Newsource affiliates
TOP STORIES