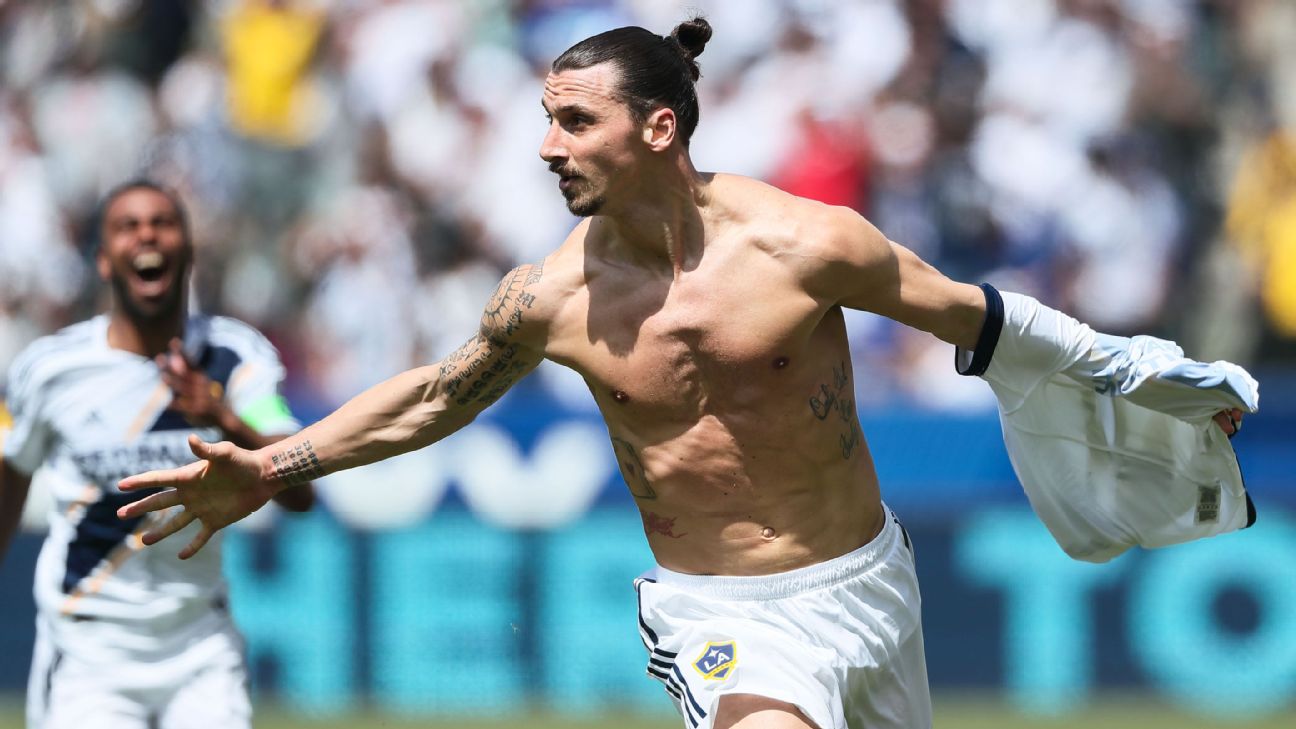 Over the years, our writers have been present for some of the game's greatest occasions. In the first of a multi-part series, they tell the story of the best individual performances they have seen in person, which include Zlatan Ibrahimovic's incredible introduction to MLS, Cristiano Ronaldo and David Beckham carrying their countries to a World Cup, and Carli Lloyd scoring a hat trick to attain immortality status.

The first "El Trafico" clash between LA Galaxy and LAFC was a big-enough deal, with pregame talk having Galaxy supporters calling their new rivals "Chivas USA in disguise" -- a reference to the now-defunct MLS franchise -- and LAFC fans chanting about their "Carson"-based opponents, referring to the Galaxy's home outside the city by making the claim to be the real L.A. team.

But the Zlatan factor trumped every other storyline.

Given that Ibrahimovic went on to score 53 goals in 58 games for the Galaxy, it is easy to forget that there were serious doubts about whether he could still play. I was at the last game he played prior to his MLS debut -- a 2-2 draw between Manchester United and Burnley inDecember 2017 -- and he was awful. Clearly still unfit after returning from a serious knee ligament injury, he was substituted at half-time.

Three months later, he arrived in L.A. and immediately displayed his trademark bravado, taking out a full-page ad in the Los Angeles Times that simply stated: "Dear Los Angeles, You're welcome." But question marks remained and the fact he had not signed a Designated Player deal appeared to highlight concerns.

A 19-minute spell on his March 31 debut dispelled all that. The script from his first game in MLS couldn't have been more perfect if it had been written up the road in Tinseltown.

Short of match fitness, jetlagged and having had only one training session with his new teammates, Ibrahimovic watched the first 70 minutes from the bench as Carlos Vela netted twice to help LAFC race into a 3-0 lead.

Sebastian Lletget pulled one back in the 61st minute to give hope to the Galaxy. Ten minutes later, Ibrahimovic rose to his feet, pulled on his jersey and joined the fray. Home fans were filled with a mix of speculative hope and actual belief, which grew two minutes later when Chris Pontius further reduced the deficit.

Four minutes later, a loose ball fell at Ibrahimovic's feet, some 40 yards from goal, whereupon the Swedish superstar sent an outrageous swerving shot over goalkeeper Tyler Miller to level the score. "Ibra" removed his shirt, spread his arms and -- instantly -- wrote himself in MLS lore.

It was one of the great MLS goals, and for a second act, he sent the Galaxy faithful into delirium with a stoppage-time header that sealed a 4-3 win. As the great man said himself, "You're welcome."

England needed a point to qualify for the World Cup and if Beckham had not been on the pitch it would not have happened, and not just because he scored with a stoppage-time free kick to make it 2-2. Beyond that crucial goal, his effort, commitment and work rate dragged England over the line. The ground he covered over 90 minutes -- measured at almost 10 miles -- was phenomenal. In 90 minutes of non-stop action, Beckham earned forgiveness in national-team colours for the red card he was shown against Argentina at the 1998 World Cup.

In November 2013, Portugal travelled to Sweden for a World Cup playoff second leg that was billed as Cristiano Ronaldo against Zlatan Ibrahimovic. Although his great rival scored twice in Stockholm, Ronaldo handled the intense pressure on him to perform and comprehensively stole the show with a hat trick that secured a 3-2 win and qualification for Portugal.

In a World Cup quarterfinal against the holders in Frankfurt, Zinedine Zidane was unstoppable, untouchable and graced by the gods of football. His influence on the game was majestic. As well as making its only goal for Thierry Henry -- it was the only time he set up a goal for Henry with France -- everything "Zizou" did was almost perfect. In the press box, many of us sat spellbound and we were not the only ones; after the game, Patrick Vieira's eyes were sparkling as he discussed what he had just seen.

I came away from the 1998 World Cup believing that Marcel Desailly, until his red card in the final, did not put a foot wrong all tournament. Meanwhile, Roy Keane at Juventus in 1999; wow! But it would be contrary of me not to choose Lionel Messi; the only difficulty is picking the match. Among many, there was his display as a 19-year-old at Chelsea in 2006, but the most likely is what he did against Pep Guardiola's Bayern in 2015, during a 3-0 win in the first leg of a Champions League semifinal. Remember him sitting down poor Jerome Boateng as he scored his second goal?

Every player can dream of scoring a hat trick in the World Cup final, but Carli Lloyd lived it with an otherworldly performance in Vancouver. The American captain already owned a reputation as a player who rises to the occasion, having scored game winners in the 2008 and 2012 Olympic finals. This match, which also sealed her the tournament Golden Ball award, merely cemented her status as one of the sport's all-time greats.

The greats turn it on when it matters and Ronaldo was well aware that this was the biggest game he would ever play in his home country, on the Belo Horizonte pitch where he made his name over a decade earlier. Argentina had more possession and chances, but simply could not cope with "R9," who scored all three of his country's goals in a 3-1 win from penalties, which he won against defenders who found it hard even to foul him. It was like watching someone from a different planet.

Tim Howard made 16 saves (a World Cup record) in a game the U.S. could have lost to Belgium by double figures. He was the little boy with his finger in the dyke -- I wrote at the time that he "turned in the kind of performance that boyhood dreams and bad sports flicks are made of" -- and what stood out as much as his brilliance, which denied the likes of Eden Hazard, Vincent Kompany et al, was the sheer futility of his teammates and the coaching. He was eliminated that night, but Howard's performance will live on forever.

This sticks in my mind because it was the most indicative of a player in general, an entire career distilled into one game. Arjen Robben was superb in this Champions League encounter, a whirling tyro sprinting down the wings, and what's more, he scored "The Arjen Robben Goal." By which, I mean he got the ball on the right, cut inside and scored with his left foot. It was perfect -- Robben's greatest hit -- and a little like being at a Bruce Springsteen concert when he plays "Born to Run." 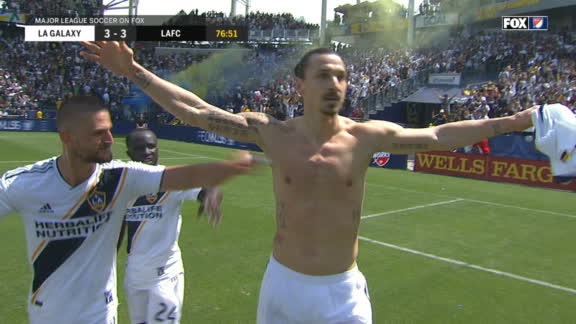 WATCH: Zlatan scores stunning goal in MLS debut
Zlatan Ibrahimovic scores from 35 yards out to pull the LA Galaxy level with LAFC minutes after coming on for his MLS debut. 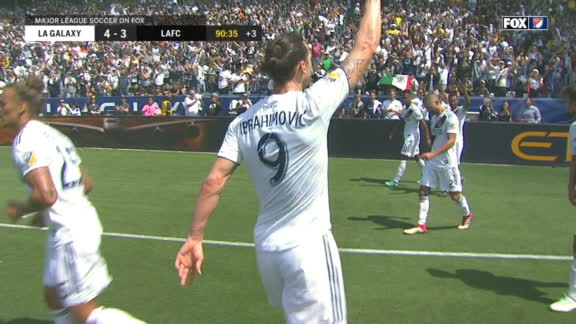 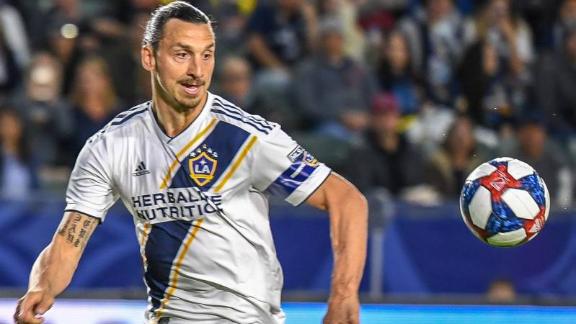 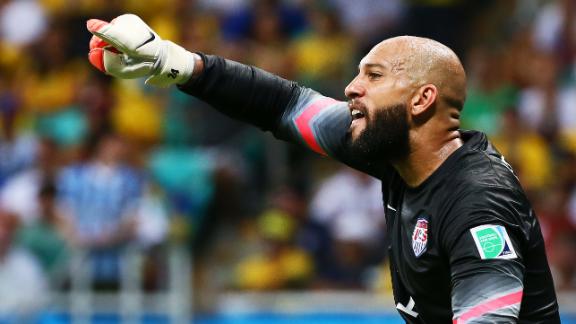