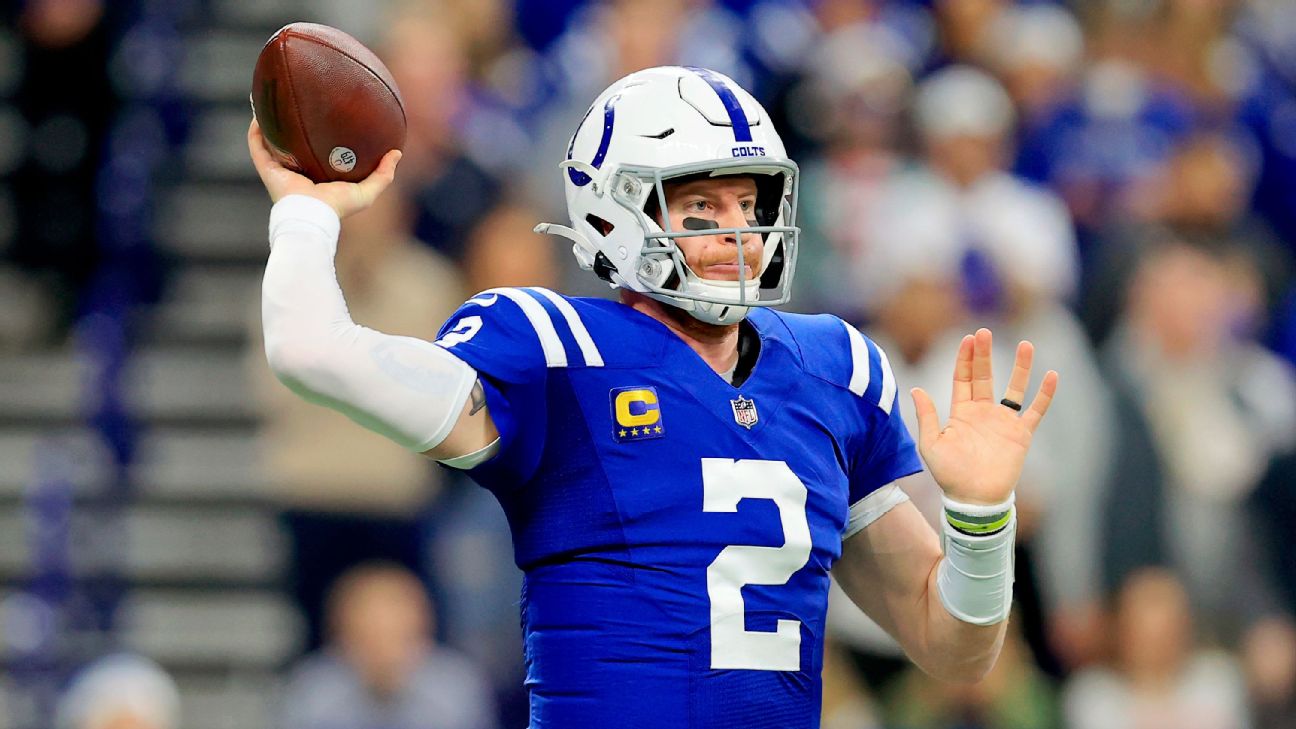 INDIANAPOLIS -- The Colts activated quarterback Carson Wentz from the reserve/COVID-19 list Saturday, clearing him to start Sunday against the Las Vegas Raiders.

Wentz, who had to be activated from the list by the Colts by 4 p.m. ET Saturday to be eligible to play Sunday, has one more hurdle to get over before he's officially cleared to start against the Raiders. His COVID-19 symptoms have to be "resolved or improved" by Sunday morning, according to the new NFL policy, for him to play against Las Vegas.


Wentz, who is unvaccinated, tested positive for COVID-19 earlier this week. The NFL and NFLPA adjusted their protocols this week to follow the CDC's new guidelines, however, clearing players to return from the COVID-19 list after just five days if they are asymptomatic or demonstrate that their symptoms are lessening.

Wentz spent the week attending the Colts' meetings virtually as he recovered from what coach Frank Reich called a "slow start to the week as far as physically." The quarterback was expected to spend the latter part of the week working out at home to a plan that the team's medical and training staff put together for him so he could be ready for Sunday's game if he's cleared.

Wentz, in his first season with the Colts, who acquired in him an offseason trade with the Philadelphia Eagles, has thrown for 3,230 yards with 25 touchdowns and six interceptions in 2021.


The Colts have been hit hard by COVID-19 over the past week or so. But the adjusted protocol has allowed them to get players back sooner than originally expected, which has given them a relatively healthy roster for the stretch run of the season. Linebacker Darius Leonard, guards Quenton Nelson and Mark Glowinski, and right tackle Braden Smith are some of the notable starters who have returned from the COVID-19 list over the past few days.

"I feel like the guys have all responded -- maybe there was one day I thought maybe one of the guys that came back, like he might need another half-day rest," Reich said. "I think the guys have looked good, have responded well. You just get stronger every day. For the most part, it's been pretty clean."

The Colts (9-6) can clinch a playoff spot with a victory over the Raiders. Indianapolis is currently the fifth seed in the AFC playoff race. 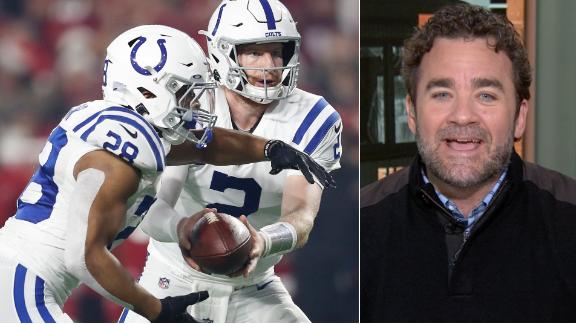