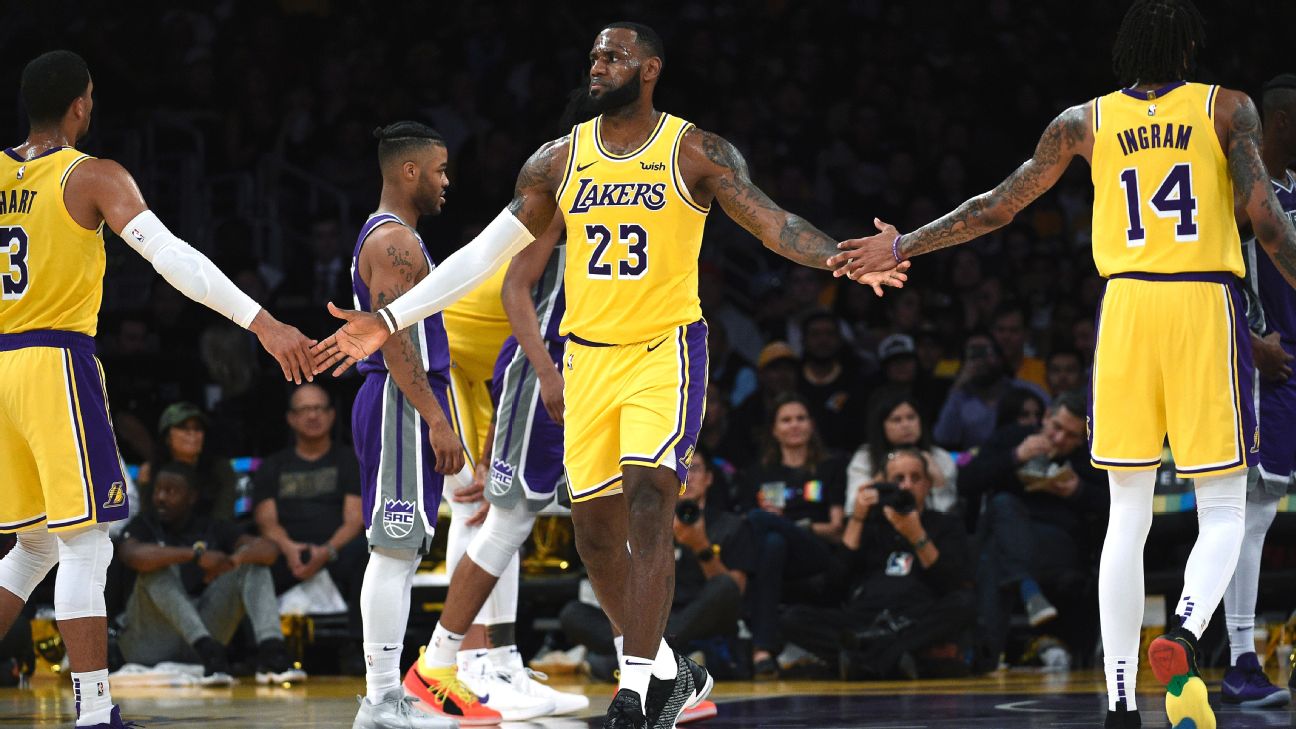 LOS ANGELES -- The Los Angeles Lakers secured their first win of the preseason Thursday, a 128-123 victory over the Sacramento Kings,to improve to 1-2, but you wouldn't know it from coach Luke Walton's opening remarks at his postgame media conference.

"We've got to get better," Walton said before taking any questions. "Three things we talked about before games: screening, we talked about not turning the ball over and not fouling. And -- we were not good at any of those tonight. We have to get a lot better in this next week or however long we've got left until the start of the season."

Los Angeles has two full weeks and three exhibition games left on the schedule before the regular season opens on the road against the Portland Trail Blazers.

While Walton was right to rip his team's performance, which included 18 turnovers that led to 32 points for Sacramento and 25 fouls that led to 28 foul shots for the Kings, there were a couple of individual bright spots that deserved recognition.

Brandon Ingram, filling in as the Lakers' starting point guard with Lonzo Ball and Rajon Rondo being held out for rest, led the Lakers in points (31 on 10-for-15 shooting), rebounds (9) and steals (3) and made plays down the stretch to close out the win.

"I thought he was great,"LeBron James said of Ingram. "His pace, his ability to play the point and play the wing, he's a very special talent, and we're definitely happy to have him on our side."

It was a continuation of the praise James has heaped on Ingram since media day. That day, when asked by ESPN about Ingram, James said, "Look out, I think he's next."

"I know what I see in him, and he's looking for this opportunity to make this next jump in his third year," said James, who had 18 points and four assists in 16 minutes against the Kings. "So, it's a lot of upside in that kid, and I'm happy to try to give him as much as I can."

While James' appreciation for Ingram was apparent, he didn't want to define just how high of a jump he felt Ingram could make this season.

"We don't know that," James said. "But he's a great kid. He works hard -- extremely hard -- and he has a lot of talent. And he believes in his ability, so we'll see what the next jump is, but, I mean, none of us are prophets. We don't know."

"It makes you want to keep going," said Ingram, whose locker is stationed next to James' stall at Staples Center. "I don't think I want to stop here. My expectations are way higher than anyone's expectations in this room or anybody, so for him to say that is an extreme compliment, because, of course, he's my teammate, and I've got to have his back at all times."

Walton, after initially being critical of his team, had starting shooting guard Josh Hart's back. There was no denying Hart's impact Thursday, when he had 17 points, five rebounds, a blocked shot and a team-leading plus-minus of plus-20.

"Josh has been great. He really has," Walton said. "It is good to see, because he came in, and the season ended, and we gave everyone their time off, and he came into the gym and started working and working and lifting and came to me and said, 'Coach, I want to play all of summer league, I want to play Sacramento and [Las] Vegas, every game.'

"So he did that, went out and won [summer league] MVP and took a couple of days off and came right back and started working again. So anytime someone's having success that has put in the work that Josh has put in, it's good to see."

David West, who retired from the Golden State Warriors this offseason, was so impressed by Hart's night that he tweeted at Marc Spears of The Undefeated during the Lakers-Kings game to share how Hart's defense on him last season helped usher him out of the league.

Hart responded with some gentle ribbing of West after the game.

James, who like West is a 2003 draftee, isn't showing any signs of slowing down and making it easier on his young teammates.

"He takes so much attention I can be way more efficient in scoring and then energy on the defensive end, guarding guys in the passing lane, just trying to start our offense with defense," Ingram said of James.

For as many problems as Walton saw Thursday, the overall confidence of his group didn't take any steps backward.

"My confidence continues to grow as I continue to play," Ingram said. "I see the game slowing down, my teammates just giving me confidence from the bench, my teammates from the basketball floor. So, every day I go out there I just try to be better than yesterday." 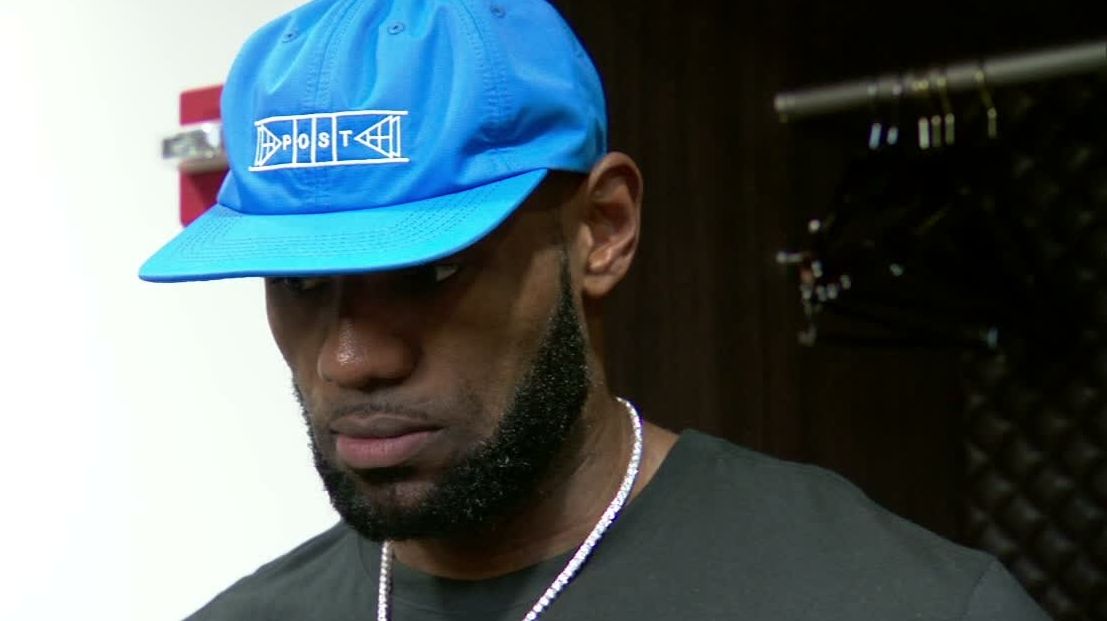