NFL MVP watch 2021: Is Tom Brady running away with the race? We ranked the top candidates 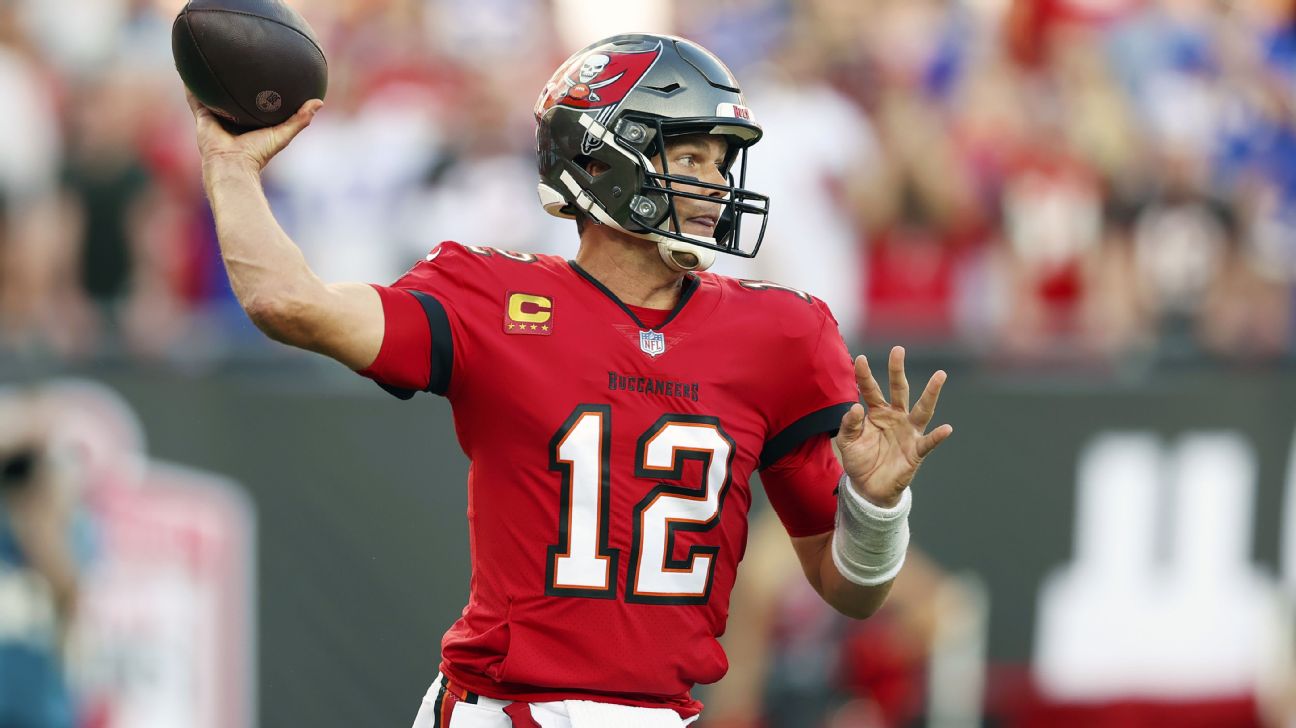 By now, the 2021 NFL MVP field is set with the clear-cut favorites. But as we learned from last year's late-season leap-frogging, a lot can change order-wise for the top candidates during the final games.

The Buccaneers' Tom Brady and the Packers' Aaron Rodgers have made this a two-quarterback race entering Week 15 and could actually create history by season's end. They are two of six players in NFL history to win three MVP awards, and there has never been a year in NFL, MLB, NBA or NHL history in which three-time MVPs finished 1-2 in voting for the award. But even though Brady and Rodgers appear to be the front-runners, this race has plenty of deserving stars in the mix.


We asked a group of analysts -- Stephania Bell, Matt Bowen, Mike Clay, Courtney Cronin, Dan Graziano, Jeremy Fowler, Kevin Seifert, Field Yates and Seth Walder -- to vote on the top players in the MVP race right now. Then we used those 10 sets of rankings to give our top five candidates overall, using Heisman Trophy-esque scaling for each ranking, to determine how the field stacks up to this point. ESPN analytics writer Seth Walder also weighs in on an under-the-radar MVP-caliber player, and ESPN Chalk analyst Doug Kezirian identifies his top value bet for MVP at the moment.

With 26 teams still alive in the NFL playoff picture, the MVP race is headed for an exciting finish, with candidates from all over trying to make one final push for the league's most prestigious award. Here's a look at where things stand going into the final four weeks of the regular season.

Note: All odds are viaCaesars Sportsbook.

Brady is currently the overwhelming favorite to win the MVP (-180) while leading the NFL in passing yards, completions and touchdowns throws. The 44-year-old QB has Tampa Bay jockeying with Green Bay and Arizona for the NFC's No. 1 seed, which would almost certainly make him a lock to run away with his fourth MVP award. In a 33-27 win against Buffalo, Brady threw his first overtime touchdown since 2003 and led the longest OT drive (94 yards) in more than two decades, according to the Elias Sports Bureau. Brady also added two more career accomplishments to his treasure trove in becoming the league's all-time completions leader and throwing his 700th career touchdown in the win over the Bills.

His 2021 season has been nothing short of spectacular. Brady is now closing in on the second 5,000-yard season of his career and is on pace to finish the year as the NFL's leader in passing yards for the fourth time in his career.

This is familiar territory for Rodgers, whose surge at the end of the 2020 season led him to supplant Patrick Mahomes as the front-runner and wind up with his third MVP award. The Packers aren't the same offensive behemoth that they've been in previous years, but Rodgers is heating up at the right time, despite dealing with a toe injury that's only getting worse.


The Green Bay QB has had to overcome injuries and absences on both sides of the ball to lead his team to a 10-3 record and control of the NFC's No. 1 overall seed for now, after the Cardinals lost on Monday night. In a three-game stretch against the Vikings, Rams and Bears, Rodgers threw 10 touchdown passes and no interceptions and eclipsed 1,000 yards passing. In that same stretch, Green Bay scored 30-plus points in three straight games for the first time all season. Rodgers is +600 to win MVP.

The Cardinals were the hottest team in football at one point this season in large part due to Murray's on-field magic. The former front-runner needed to seize his MVP moment on Monday Night Football against the Rams to stay in the thick of the race after falling behind when he missed three games due to an ankle injury. It was always going to be an uphill battle for him to win the award if he only plays 15 games, and the type of performance he turned in against the Rams just wasn't good enough.

Murray racked up a bunch of yardage without a lot to show for it against Los Angeles, posting 383 yards through the air and 61 on the ground. Those 444 total yards are the third-most in NFL history without a touchdown, according to the Elias Sports Bureau. The Rams scored after each of Murray's two interceptions on a night where he notched his lowest completion percentage of the year (65.3%). Murray is currently +1500 to win MVP.

Someone who did come away from Week 14 with an MVP moment? The 2020 Offensive Rookie of the Year. Herbert threw a 59-yard touchdown pass to Jalen Guyton in the second quarter of a romp of the Giants, the longest throw of his career in terms of air yards (56). Despite missing receiver Keenan Allen, Herbert finished 23-of-31 passing for 275 yards and three touchdowns and did not turn the ball over.

Herbert is third in the league in passing yards (3,822) and tied for second in passing touchdowns (30). After two losing seasons, the Chargers are 8-5 and chasing a division title mainly because of Herbert's great play. He has a perfect opportunity to move further up the list if he puts together another strong performance Thursday night in primetime, as Los Angeles looks to go 2-0 against the Chiefs. Herbert is +1600 to win MVP.

Allen kept himself in the top five here after ushering a near comeback against Tampa Bay after trailing 24-3 at halftime. He also became the youngest player in NFL history with 300 passing yards and 100 rushing yards in a single game.

Still, there's a lot of distance between the Buffalo quarterback and where Brady and Rodgers stand. With the pace he's on through 13 game, Allen probably won't finish close to where he wasstatistically last year. The Bills will likely have to win out and make the playoffs, because of his spectacular play, for Allen to make a considerable jump. He is currently +2500 to win it.

Mahomes hasn't posted great numbers during Kansas City's six-game win streak -- except for the two games he played against the Raiders. The Chiefs' QB has a 7-0 touchdown-to-interception ratio and 79 QBR against Las Vegas compared to a 2-3 touchdown-to-interception ratio and 35 QBR against the Giants, Packers, Cowboys and Broncos over that span. But those wins over the Raiders helped push Mahomes back into the MVP mix after early-season frustrations for the Chiefs' offense took the quarterback out of the conversation temporarily. Mahomes isn't the best in any passing category but ranks in the top 10 in completions, passing yards, passing touchdowns, passing first downs and QBR.

A running back hasn't been named MVP since Adrian Peterson in 2012, but the type of season Taylor is putting together warrants him being in the conversation. He's at the top of nearly every rushing category, leading the league in rushing yards (1,348), rushing touchdowns (16) and yards from scrimmage (1,684). He has 15 plays of 20 yards or longer and is averaging 18.5 carries per game this season in an offense that doesn't always lean first on its run game. Taylor has already scored 28 touchdowns in 30 career games and posted 100 rushing yards in four of his last five outings.

Three straight losses to Tennessee, San Francisco and Green Bay -- in which Stafford threw multiple costly interceptions -- took him out of the MVP mix, but the Rams' quarterback got back into the conversation with a statement win over NFC West foe Arizona in Week 14. Stafford and the Rams regained their offensive firepower, as the QB recorded his 50th career three-touchdown game. Stafford currently ranks No. 3 behind Brady and Peyton Manning for the most passing touchdowns (33) in his first season with a new team in NFL history.

He's certainly no longer a favorite, but Stafford still could win the MVP award. Is it that hard to imagine? The Rams currently sit second in offensive expected points added per play and first in expected points added per pass play. Stafford ranks third in QBR behind Brady and Herbert, and it's close. The knocks against him are that Los Angeles is extremely unlikely to earn the No. 1 seed in the NFC, and he gets help from receiver Cooper Kupp, a strong offensive line and coach Sean McVay. But if the Rams close out the season strong offensively, and teams like the Buccaneers and Packers stumble, Stafford will re-emerge as a top contender.

For the first time all season, the MVP betting market has an odds-on favorite, and I still believe there is value on Brady at -180. The price implies a 64% chance, and I think his odds are higher than that. The Bucs finish with four games against opponents currently with a losing record, and that should help Tampa Bay land the NFC's top seed. 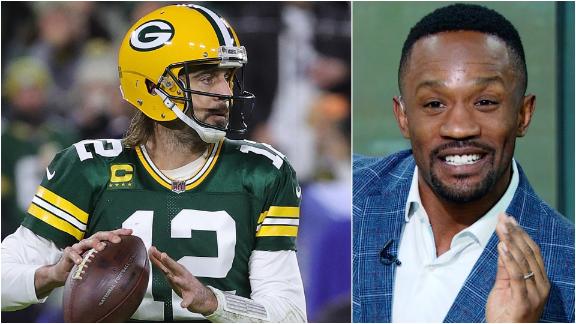 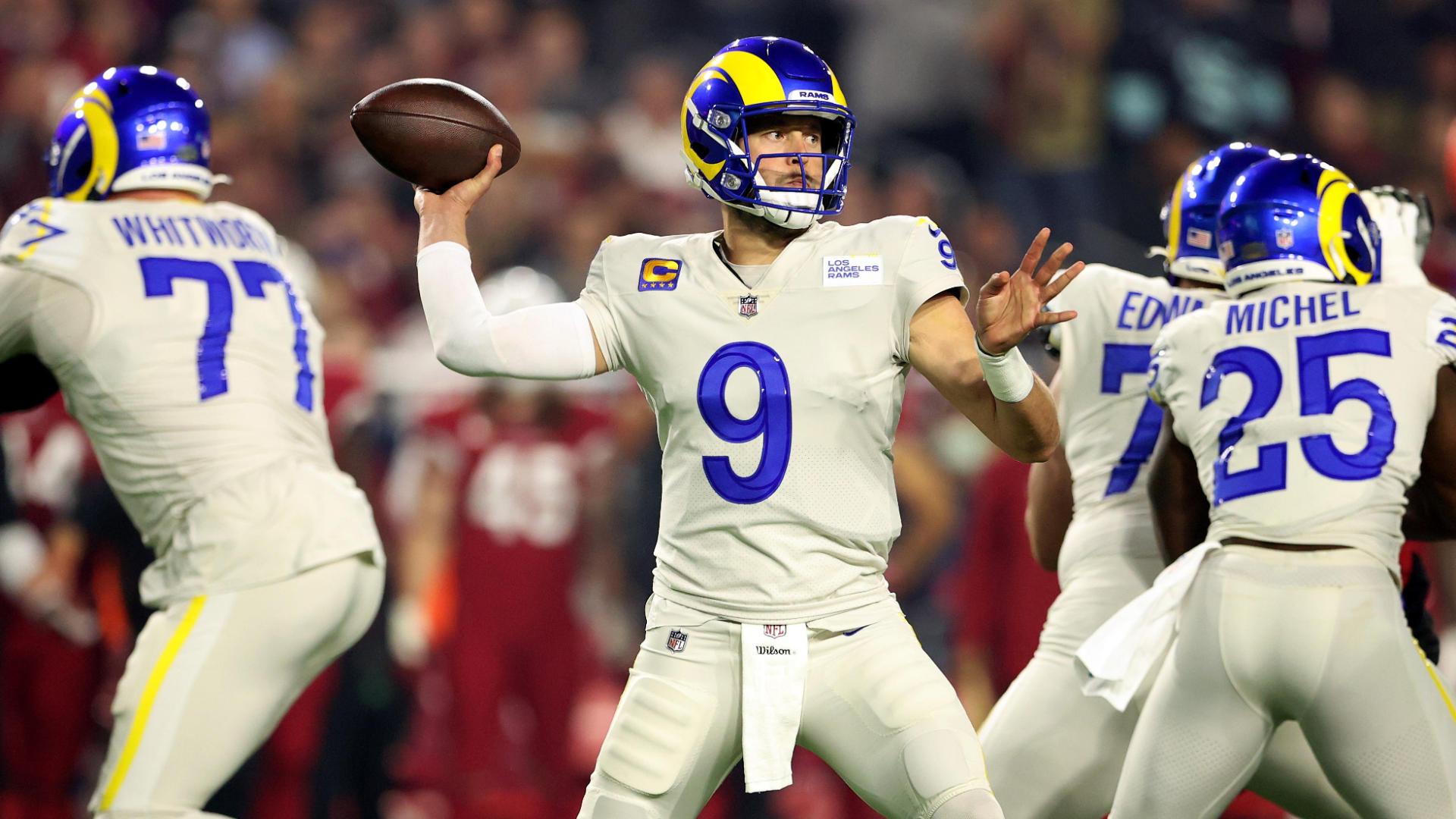